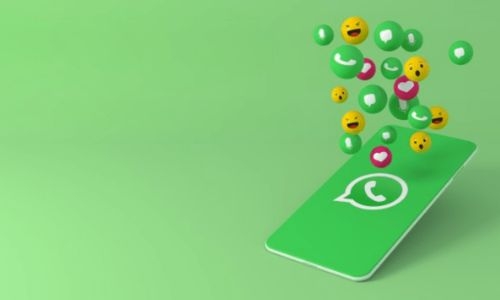 WhatsApp is finally rolling out the Reactions feature to its users. The announcement comes almost two weeks after the Meta-owned application announced the feature. The latest rollout will be for all users. Meta CEO, Mark Zuckerberg made the announcement via his official Facebook account.

In his post he said, "Reactions on WhatsApp start rolling out today ". He further added, "We're including to help spread thanks and appreciation. More expressions coming soon." In April, WhatsApp had announced numerous new features that will be rolling out on the app.

The Reactions feature was one of the announcements made last month. This feature will make it easier for users to react to single messages. So far, users had to type an emoji to react to a message but now, that can be done instantly by just tapping and holding the message you want to react to.

The Reactions feature will work in a way similar to how it works on Facebook and Instagram.

Here's how you'll be able to use this new Whatsapp reactions feature:

-First, open any chat you want to react to.

-Press and hold the message that you want to react to.

-As soon as you do that, a pop up with six different emojis will show up.

-You just have to drag your thumb/finger to your desired emoji and just leave it.

-Soon you'll see the reaction under that particular message.

This particular feature will be especially be useful in Group chats that can get overwhelmed for numerous short messages. With the reactions feature you won't have to type a separate reply. You just have to tap and hold. This substantially decreases the overall response time.

WhatsApp also introduced new voice calling features. This includes more participants in a single voice call as well as the overall interface of calls. You can now add up to 32 people in a single call. The icons representing the participants has shrunk to feature audio waveform format. Earlier, you could only add eight people to a call.