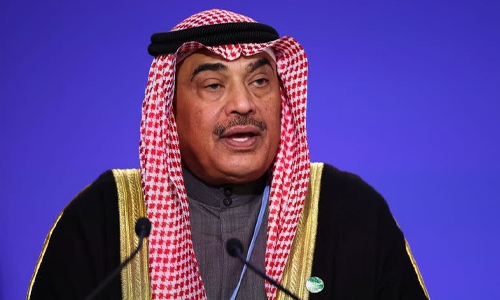 Kuwait's Prime Minister Sheikh Sabah Al Khalid has been reappointed prime minister, state media said on Tuesday, and tasked with forming a cabinet that would be the Gulf OPEC oil producer's third this year in a domestic political standoff.

State news agency KUNA said Sheikh Sabah, prime minister since late 2019, was reappointed by an emiri order issued by Crown Prince Sheikh Meshal Al Ahmad Al Sabah. The government had resigned on November 8 in the standoff with the elected parliament.

Emir Sheikh Nawaf Al Ahmed Al Sabah last week temporarily handed over some of his main constitutional duties to the crown prince, his designated successor, including naming the prime minister and swearing in the cabinet.

Before doing so, the emir had accepted the government's resignation as part of measures to end a months-long deadlock between the government and opposition lawmakers. He also issued an amnesty pardoning political dissidents to defuse the row.

Several opposition MPs had wanted to question Sheikh Sabah on various issues, including the handling of the coronavirus pandemic and corruption, despite a motion in March that had granted him temporary immunity.

The row had paralysed legislative work, hindering fiscal reform efforts, including a debt law that would allow Kuwait to tap international markets.

State finances are set to improve this year thanks to higher oil prices, after the coronavirus downturn led to a budget deficit of 15.4% of GDP in the 2020/21 fiscal year.