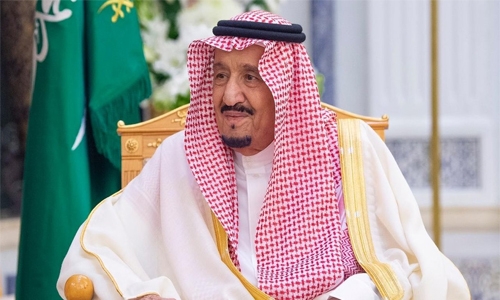 “The kingdom insists on the importance of keeping the Middle East free of weapons of mass destruction, on this basis we support international efforts aiming at preventing Iran from having nuclear weapons,” he said in a pre-recorded video address to the annual gathering.

“Iran is a neighbouring country, and we hope that our initial talks with it will lead to concrete results to build confidence ... based on... respect of sovereignty and non-interference in internal affairs,” King Salman said.

In his address, King Salman said Yemen’s Houthis were rejecting peaceful initiatives to end the war and that Saudi Arabia would defend itself against ballistic missiles and armed drones.