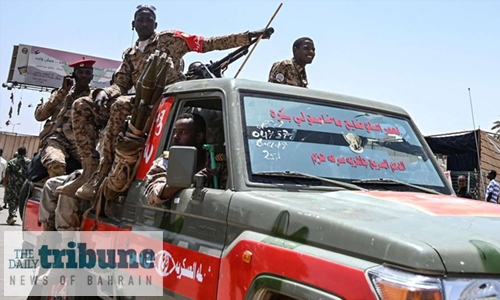 Heavy gunfire broke out in Sudan’s capital yesterday as several agents of the National Intelligence and Security Service (Niss) rebelled against a restructuring plan for the body, prompting a closure of the international airport.

A teenager was wounded when shots were fired at some bases of the agency, now rebranded the Directorate of General Intelligence Service.

The Niss was a security arm loyal to longtime president Omar Al Bashir who was removed from office by the military amid protests in April. The violence was the biggest confrontation so far between the old guard and supporters of the new administration, which helped topple Al Bashir in April after 30 years in power.

Niss agents also shut two small oilfields in Darfur in protest about their severance packages, a government source told Reuters. They had an output of around 5,000 barrels per day.