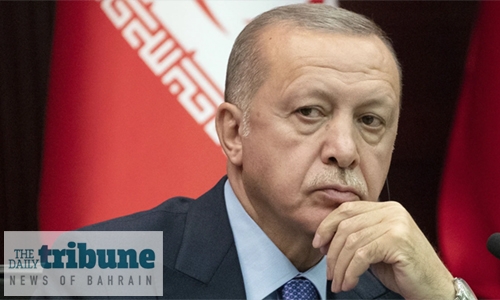 Recep Tayyip Erdogan has struck a deal with the UN-backed Libyan government for Tripoli to pay $2.7bn in compensation for debts owed to Turkey before Libya’s nine-year civil war began.

Turkish companies were heavily involved in lucrative infrastructure and construction projects in Libya from the 1970s, but they collapsed when dictator Muammar Qaddafi was removed in 2011 and the country descended into chaos.

Now, as peace talks in Moscow edge toward an agreement between warring factions in Libya, the Turkish president is maneuvering to restore business links between the two countries. In addition to compensation for Turkey’s losses, the new deal paves the way for new contracts in the energy, housing and construction sectors.

The agreement is expected to be signed in February. The exact amounts have still to be negotiated, but they are thought to include a $1bn letter of guarantee, $500m in compensation for looted or damaged machinery and other equipment, and unpaid debts of $1.2bn.