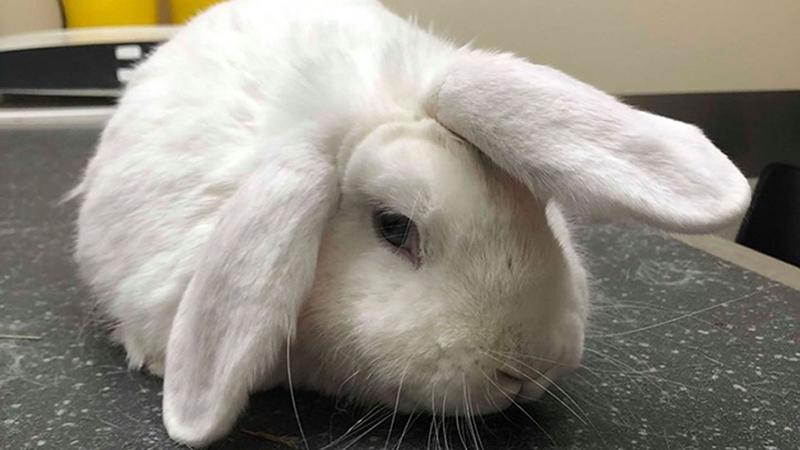 Wonky the rabbit has an ear sitting in the middle of his head, occasionally pointing straight upwards "just like a unicorn horn".

Like Rudolph the red-nosed reindeer, Wonky the lop-eared rabbit is hoping his unusual physical trait will help him find a loving family this Christmas.

With one of his ears sitting in the middle of his head, occasionally pointing upwards "just like a unicorn horn", the friendly critter is one of the most eye-catching tenants at the RSPCA branch in Milton Keynes & North Bucks.

Carol Spindler, who works at the centre, said Wonky was ready for a new family to adopt him.

"This lovable boy really deserves a home where he'll get lots of attention and treats," she said.

"He would suit a family with older children and would make a wonderful addition to the home."

Wonky, who is four, is described as an affectionate rabbit who enjoys being stroked - but he is not a fan of being picked up and would suit a family with older children.
The RSPCA says he would also benefit from the company of a female rabbit, so perhaps break out the mistletoe.