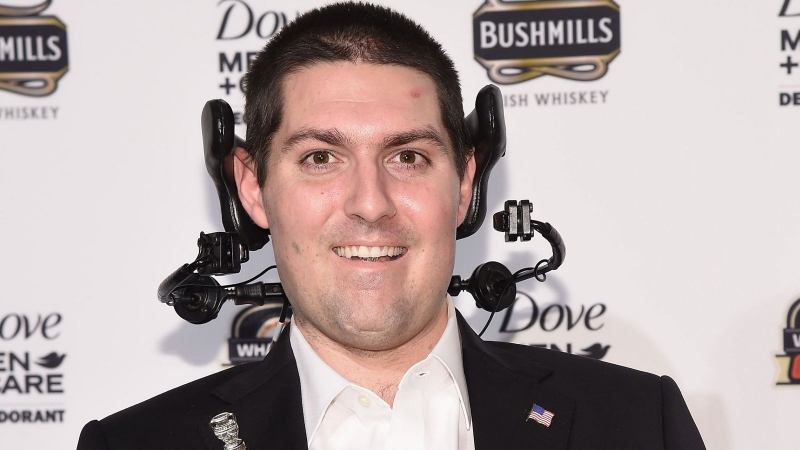 Everyone from Donald Trump to cartoon character Homer Simpson, and probably many of your friends and family, took part in the internet phenomenon when it exploded into life in 2014.

The challenge, which saw participants drenched by a cold bucket of water filled with ice before nominating others to go through with it too, took social media by storm largely thanks to Mr Frates, a former college baseball player.

He was diagnosed with amyotrophic lateral sclerosis (ALS), also known as Lou Gehrig's disease and motor neurone disease, in 2012 at the age of 27 after noticing that a wrist injury sustained while playing baseball was not healing properly.

Two years later he helped draw attention to the ice bucket challenge and it has since raised about $220m (£167m) worldwide, with famous faces including Bill Gates, George W Bush and Tom Cruise among those who took part.

The money helped researchers identify a new gene associated with ALS, which is a rapidly progressive fatal neurological disease that affects nerve cells in the brain and the spinal cord.
The discovery, NEK1, now ranks among the most common genes that contribute to the disease and provided scientists with another potential target for therapy development.