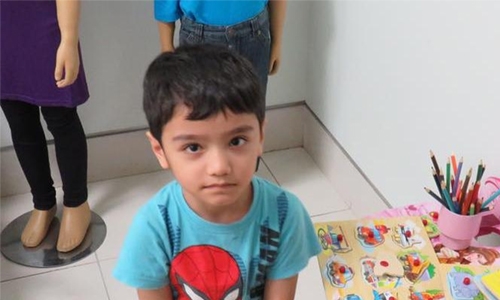 A young boy found wandering outside a mall in Dubai three days ago speaks English, loves hamburgers and says his dad is “Superman”. But other than that, police have no idea who he is. The five-year-old child was found near Al Reef Mall in Deira on Saturday.

A Filipino shopper noticed that the boy, who was dressed in a Spiderman T-shirt and matching shorts, was alone and took him into the shopping centre. She waited for some time before raising the alarm when no one came looking for him. With three days having passed since he was found, police are increasingly looking to the public for answers.

They believe the boy may be Indian, despite their attempts to speak to him in Hindi and Urdu being futile. The boy, however, was able to speak to them in English. Officers believe the boy’s mother left him with a friend to be taken care off, possibly unable to cope.

The friend is thought to have left him at the mall on Saturday, presumably in the hope he would be found and well-looked after - though they are yet to confirm that.