‘No small achievement’ | THE DAILY TRIBUNE | KINGDOM OF BAHRAIN 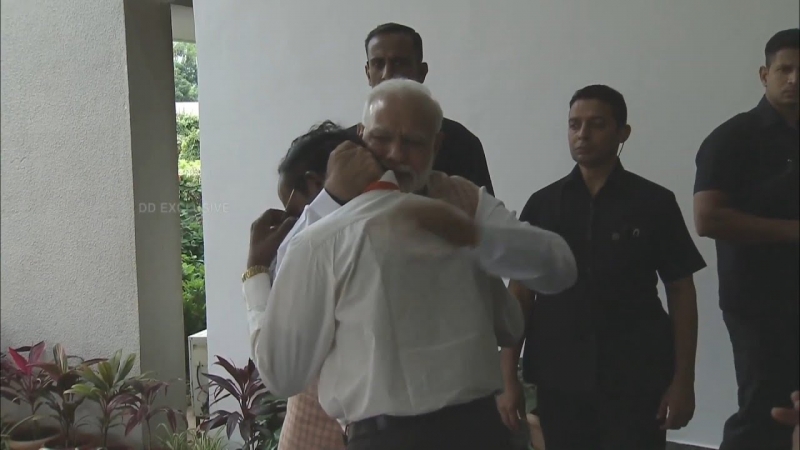 Around 10 minutes after India’s space agency lost contact with Chandrayaan 2’s moon lander, Prime Minister Narendra Modi was the first to whom scientists broke the news. Looking somber, Dr. K Sivan, the chief of the Indian Space Research Organisation (ISRO), walked up to the pavilion from where PM Modi was watching the mission.

The rocket scientist was consoled by other scientists after he briefed the PM. Leaving the spot from where he was watching the progress of the lander and applauding the steps in its scheduled touchdown at 1.55 am, PM Modi went to the control room of at Bengaluru and gave the roomful of dejected scientists a pep-talk.

“The country is proud of you,” said the Prime Minister. Communication with the Chandrayaan 2 lander was lost seconds before it was supposed to touch down on the Moon’s surface, ISRO chief K Sivan said. “There are ups and downs in life. This is not a small achievement. The nation in proud of you. Hope for the best. I congratulate you. You all have done a big service to nation, science, and mankind. I am with you all the way, move forward bravely,” PM Modi said at the control room.

He then walked to the 70- odd school children chosen to witness the mission based on a space quiz and interacted with them. “What will you tell people back home,” PM Modi asked a student. She replied that she would say communication to  Chandrayaan’s lander, Vikram, was lost. The PM also posed for a photo with the students before he left the center.