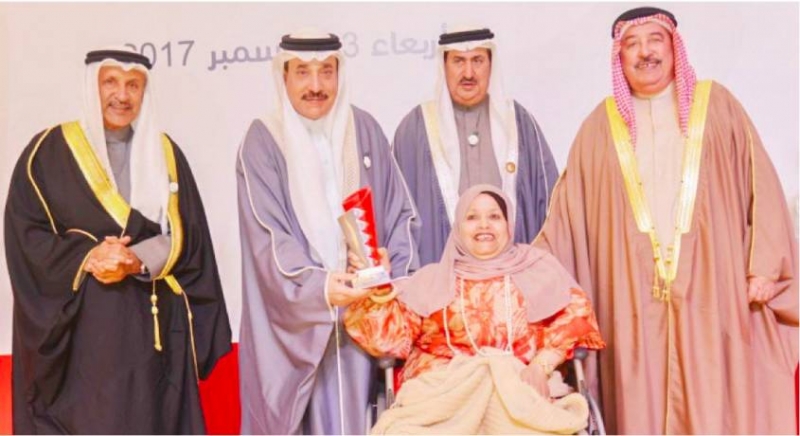 Labour and Social Development Minister, Jameel Humaidan, has lauded the dedication and service of Munira Isa bin Hindi Al Mannai in serving people with disabilities, noting that her struggle to inspire them and motivate them to achieve success and distinction is an example to be emulated.

The minister made the statements during an expanded meeting with a number of the heads of societies and personalities interested in the affairs of people with disabilities.

Mr. Humaidan praised Munira Al Mannai’s role and personal initiatives in caring for people with determination, noting that she is among the first national personalities who laid the foundations for supporting such a social group.

He pointed out that Al Mannai had succeeded in all the tasks assigned to her throughout her career that is laden with giving and distinction through her management of many specialised centres, such as the Bahrain Mobility International and the Azhar Alherak Kindergarten, or membership in the Shura Council, as the first woman with disability to hold such a post at the GCC level.