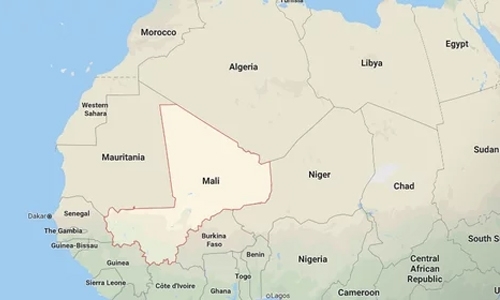 Nearly 100 people were killed in a gruesome overnight attack on a village in central Mali, in the latest violence to strike the fragile region, officials said yesterday. There was no immediate claim of responsibility but the massacre, targeting a village inhabited by the Dogon community, bore the hallmarks of tit-for-tat ethnic attacks that have claimed hundreds of lives.

It came less than three weeks after nearly 160 members of the Fulani ethnic group were slaughtered by a group identified as Dogon. “Right now we have 95 dead civilians. The bodies are burned, we are continuing to look for others,” an official in Koundou district, where the village of Sobane-Kou is located, said.

The government, giving a provisional toll, said 95 people had been killed, 19 were missing, numerous farm animals had been slaughtered and homes had been torched. “Armed men, suspected to be terrorists, launched a murderous attack on this peaceful village,” it said in a statement. A Malian security source at the site of the massacre said “a Dogon village has been virtually wiped out.”