Windsor Castle, the Queen’s resting place, to reopen to the public | THE DAILY TRIBUNE | KINGDOM OF BAHRAIN 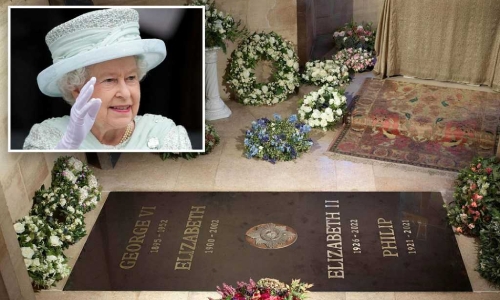 Windsor Castle, the final resting place of Britain’s Queen Elizabeth II, will reopen to the public on Thursday, September 29, it has been announced.

The castle grounds are home to St George’s Chapel, where the Queen is buried, and which will also be publicly accessible from this date.

Citizens of Bahrain who are considering travelling to Britain to visit the Queen’s place of burial in person no longer need to apply for a UK visa from Bahrain if they only plan a short stay.

However, they do need to obtain an electronic visa waiver online in advance.

The Queen has now been laid to rest in the King George VI Memorial Chapel section of St.George Chapel, alongside her husband Prince Philip, the Duke of Edinburgh.

Ten additional British monarchs are buried in the chapel, including the Queen’s parents, King George VI and Queen Elizabeth I, as well as King Henry VIII and King Charles I.

The committal service for the Queen was held on September 19 at the chapel and was attended by roughly 800 people, the venue's maximum capacity.

During the ceremony, the instruments of the state, composed of the Imperial State Crown, the orb and the sceptre, were removed from the royal’s coffin by the crown jeweller.

Windsor Castle, located in the county of Berkshire, is just one of the late Queen’s six royal and private residences.

These also included Buckingham Place in London, the Sandringham Estate in Norfolk, Holyrood Place, and Balmoral Palace, where the Queen passed away.

Buckingham was Elisabeth II’s main base, Holyrood her official residence in Scotland, Balmoral a summer residence, and Sandringham a holiday home for the royal family.

The late Queen first moved to Windsor for safety reasons during WWII with her sister Margaret.

It soon became the favourite of her royal residences and where she spent most weekends.

The longest-inhabited royal castle in the world, Windsor is also the largest, as it spans 13 acres and has over 1,000 rooms.

It has an estimated worth of around £235 million.

The original castle structure was built in the 11th century and has been used as a residence for the British royal family since the reign of Henry 1 (1100-1135).

It survived a period of great turbulence during the English Civil War and was largely rebuilt by Charles the II following the Restoration of the monarchy in 1660.

It was also later renovated by George III and George IV in the 19th century.

Queen Victoria also made some minor changes to the castle, and Windsor also had to be heavily renovated after a fire in 1992.

St. George’s Chapel, on the other hand, dates back to the 14th century.

However, it has since been extensively enlarged, most notably in the 15th century.

It has long served as the site of numerous royal services, burials and weddings, and was notably the location for the recent wedding of Prince Harry to the American actress Meghan Markle. Windsor Castle and Saint George’s Chapel are usually open to the public year-round. Still, access had been restricted during the mourning period for the Queen and the royal funeral service.

The Platinum Jubilee display will remain closed for the time being.

Windsor Castle is always closed to the public on Tuesdays and Wednesdays.

St George’s Chapel, on the other hand, is open to paid public visits on Mondays, Thursdays, Fridays and Saturdays.

The general public is also permitted to attend any of the 3 daily services free of charge. The chapel is not accessible on Sundays, as it serves as a church for the local community and holds private services all day.

Children under the age of 5 enter for free.

It takes roughly an hour to get to Windsor Castle from London by car or train.

If arriving by car, visitors need to use public car parks in the town centre, as there is no car park at the castle.

Are you planning to travel to the UK? For more information, please visit