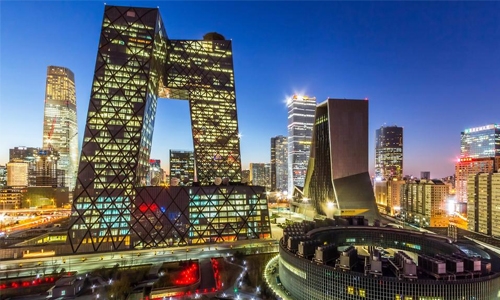 A rising China can be of great benefit to world nations

The ongoing protests in Hong Kong continue to make headlines around the world. But other events that deserved greater coverage have taken place in the territory. They include a two-day conference hosted by the China United States Exchange Foundation and the China Centre for International Economic Exchanges. If that sounds less than thrilling, think again. We are so used to hearing of wariness about China, of people doubting its stated good intentions, condemning its attitude towards human rights, and predicting the inevitability of military conflict with the US that it is refreshing to be reminded that not all westerners share that apocalyptic view of what the rise of the Middle Kingdom entails.

And at the conference President George HW Bush’s son Neil delivered one of the most forthright defences of the benefits of China’s growth and its relationship with America that I have ever heard. His father often stated that this was, in fact, the most important bilateral relationship in the world. Mr Bush pointed to the freedoms gained by the Chinese over the past four decades – to choose where to live, whom to marry, to travel and enjoy better living standards, and how the connection between the two countries had led to Americans gaining access to lower-cost, high-quality goods.

He described the economic leap-forward as having built “what one might call the American dream with Chinese characteristics”. He acknowledged cultural differences, observing that “our system of government, our form of democracy, would not work for China, just like China’s system would not work for us”, while also warning that “If the Chinese government gets carried away denying basic rights, there will be a pushback from within.” He also characterised the “demonisation of China” as “hysterical”. And, critically, stated clearly that “the zero-sum, winner-loser mentality is wrong and naive.

The truth is that our trade deficit with China is natural – the richer country buys more stuff from the poorer country.” Mr Bush is founder-chairman of the George HW Bush Foundation for US-China Relations. Some might respond: “He would say that, wouldn’t he?” But other prominent attendees at the conference, such as the former Japanese prime minister Yasuo Fukuda and the former Canadian prime minister Jean Chretien cannot be dismissed as Chinese stooges (although Mr Chretien was known as a Sinophile while in office). And while some criticisms of Beijing are definitely valid, there is most certainly a case for describing the attacks on China as “hysterical”.

It has long struck me as bizarre, not to say unfair, that the worst motives are assigned to the country’s every move. At the same time, Western critics happily apply double standards, allowing that states such as the US and Australia might fairly consider themselves to have a rightful “sphere of influence”, while condemning China for having the temerity to suggest it should have the same. Others present echoed Mr Bush’s criticism of the “zero-sum game” approach, which I believe to be wrong-headed not just in terms of trade, but also in geopolitics.

Too often a snappy and smart-sounding phrase can be produced that supposedly sums up a great power rivalry scenario and it then becomes generally assumed to be a revealed truth. In the case of China, the “Thucydides trap” refers back to the writings of a Greek historian who witnessed the Peloponnesian war between the rising Athens and the already established Sparta. The term was coined by Harvard’s Graham Allison and elaborated upon in a book that concludes: “China and the US are currently on a collision course for war.” But there is no reason to suppose that China regaining its historic prominence necessitates war with the declining global hegemon, the US.

Just as the lifting out of poverty of nearly one billion Chinese since the early 1980s caused no harm to other countries – contrary to the presumption of “zero-sum” theory that one party’s gain must mean another’s loss – so there is every possibility, given sufficient good will, that China could play a constructive and collaborative role on the world stage to the benefit of all. Indeed, on climate change, some, such as the former UN official Christiana Figueres, think it can and will play the leading role after the US withdrawal from the Paris Agreement and President Trump’s continued scepticism about the very concept of global warming.

More broadly, elements of the zero-sum approach appear to have been contributing factors to the disastrous Brexit negotiations. British leavers talked in terms of winning back control of fishing rights, which would have meant a loss of income to the continental fishing industry. Top European Union leaders, meanwhile, gave every impression that the UK must suffer a cost for daring to depart. I can’t recall anyone, sadly, trying to work towards a British exit that would be positive for both sides.

Likewise, critics of Vladimir Putin regularly accuse him of seeing international relations as a zero sum game: that if Russia expands its influence, the US, in turn, loses it. But I am not alone in thinking that successive US administrations have acted in exactly the same way, and that opportunities to work with Russia to secure greater mutual stability have been missed, time and again. For all that is disturbing about the Trump White House, the US president’s keenness to reset relations with countries such as Russia and North Korea is to be applauded.

These are confrontations that conventional wisdom has failed to solve. When it comes to China, Mr Trump should read Mr Bush’s speech and take the lessons handed down from the late Republican president: that a zero-sum approach will fail and that the only way to make America great again will be to allow the Chinese the “win-win” scenario that, after the way they were treated by Western imperial powers in the past, they justly demand.