How the idea of ‘India’ developed on the cricket field? | THE DAILY TRIBUNE | KINGDOM OF BAHRAIN 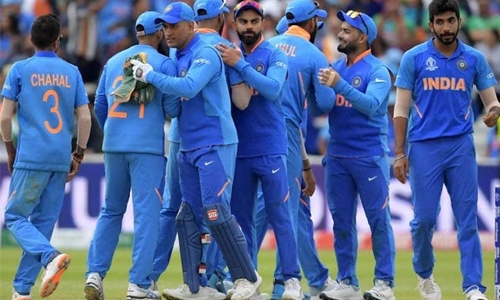 How the idea of ‘India’ developed on the cricket field?

In 1911, the first ‘All-India’ team toured England for a series of matches, 14 of them First Class. It was led by a 19-year-old prince, and comprised six Parsis, five Hindus, three Muslims and two Dalits. At least two earlier attempts had failed because the communal balance was deemed unsatisfactory. How the idea of ‘India’ developed on the cricket field, and what the Kohlis and Bumrahs owe that pioneering effort is described superbly by Prashant Kidambi in Cricket Country: The Untold History of the First All India Team.

The nation on the cricket field, Kidambi clarifies, was originally constituted by, and not against, the forces of empire. When scholars (Kidambi is associate professor of colonial urban history at Leicester University) write on sport, they expand our understanding of ourselves, and the place of sport. After all, what do they know of history who only history know? Kidambi has deliberately used the title of a book written during the world war.

Edmund Blunden’s Cricket Country is both a lament on the passing of an age and a celebration of the timelessness of the game. While Blunden’s book is about Englishness, Kidambi’s is a tribute to the game’s Indianness. “By a curious historical twist,” he says, “a sport that defined the identity of the former colonisers is now the ruling passion of the country that they conquered.” If Blunden was saying that cricket was authentic only when it was English, Kidambi is saying, clearing his throat gently, that the ‘country’ in the title is actually India.

Blunden however anticipated Kidambi when he wrote: “The game is not terminated at the boundary, but is reflected beyond…and belongs to some wider field.” Kidambi’s field is wide, wider than most. Politics and sport and their intersection might be a key, but the role of sport in establishing identity, the approach to it for both personal and ‘nationalistic’ purposes ring true today; only the names have changed. For the Maharajahs and Princes, read corporates and politicians. The Indian rush to England for the World Cup had its origins in a plan by some merchants to charter a steamer to take them to Britain to watch the Indians play there in 1911.

The idea was to take a party of 400 high caste Hindus, with food “prepared by Brahmins” and “all arrangements on orthodox principles.” That plan fell apart, but says Kidambi, “the summer of 1911 saw a spike in the number of travellers from the subcontinent to Britain.” India couldn’t persuade Ranji, the greatest Indian cricketer of his time to lead the country. Ranji tried to undermine plans for All-India teams because that might have jeopardised his status as an English icon. Kidambi’s research is deep and extensive.

There are wonder ful stories of many like Shaukat Ali who, along with his brother started the Khilafat Movement. Shaukat was also the cricket captain of Aligarh Muslim University whose room was “the venue of a royal durbar where appeals of freshers and younger boys were heard, decisions given and enforced.” Or Shafqat Hussain, who played with only one good eye. Kidambi clears some misconceptions that have attached themselves to that 1911 team. It was not “organised and financed” by the skipper, Maharajah of Patiala Bhupinder Singh, a most colourful character who fathered 88 children (according to one estimate).

The Parsi star Keki Mistry should have led, but Mistry worked for Bhupinder and would not have been granted permission to tour. Hence the ploy of getting a 19-year-old to lead so his employee could make the trip. Bhupinder “played in a manner that befitted his regal status: short, sharp bursts of flamboyant batting before boredom set in and induced a fatal error.” A brilliant description of the cricket the princes played as well as the lifestyles they led.

The year 1911 was significant in many ways. In Kolkata, Mohun Bagan defeated East Yorkshire Regiment to become the first Indian team to win the Indian Football Association (IFA) Shield. In London, George V was crowned King-Emperor, and there was an Imperial Conference held there. Other Indian sportsmen were touring too. Jamsetji Marker, the world racquets champion, the great wrestler Gama and a team of Punjabi wrestlers earned both plaudits and publicity. It was a blazing summer — one of the hottest since the mid-seventeenth century.

Temperatures went beyond 36 degrees. And how did the pioneering Indian cricket team do? They won two of 14 First Class matches, and lost 10. Apart from psychological and geographical reasons, there were two sound cricketing ones too, Kidambi tells us. The weapons bowlers had developed recently — the outswinger and the googly — were a mystery to Indian batsmen.

The great left arm spinner Palwankar Baloo picked up 75 wickets at just over 20, while his brother Shivram scored 631 runs, behind Rustomji Meherhomji’s 684. Watching India in England today with the crowd support suggesting they might be playing at home, it is useful to remember how it all began. Cricket Country tells that riveting story with passion and authority.

Alexis Tsipras became a victim of his own budget cuts