Contract to Kill: A movie about stopping terrorism before time runs out | THE DAILY TRIBUNE | KINGDOM OF BAHRAIN 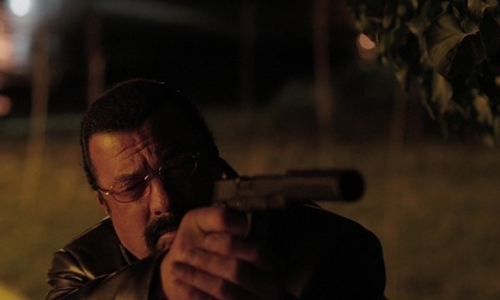 Contract to Kill: A movie about stopping terrorism before time runs out

When Islamic terrorists plot to enter the United States through Mexican cartels’ tunnels, only a man who has worked for both the CIA and DEA can keep Americans safe. That man is Harmon, who could only be played by Steven Seagal. In “Contract to Kill,” the martial arts master takes on America’s enemies with help from an FBI agent (Jemma Dallender) and a drone expert (Russell Wong).

Between its low-budget special effects, bad dubbing and an automatic rifle/drone hybrid whose parts could have been bought at a local superstore and assembled by a teenager, “Contract to Kill” looks remarkably cheap for a film whose characters wear Rolexes and take private planes. The money also wasn’t spent on the script from writer-director Keoni Waxman, which confuses a stream of expletives for wit.

There’s little help from Seagal, who delivers lines like, “I’m interested. Tell me more,” while sounding completely bored. We know the feeling. “Contract to Kill” will probably please fans of Seagal’s work, particularly his recent run of films with Waxman. With its dual villains of Mexican criminals and Islamic fundamentalist terrorists, the action movie smartly addresses a particular political audience and their fears, while giving Seagal the opportunity to take them out.

The film’s final fist-pump-inciting kill will remind devoted audiences of why they’re still watching the actor.

Interesting facts about the holy month of fasting