The rise of surveillance studies | THE DAILY TRIBUNE | KINGDOM OF BAHRAIN 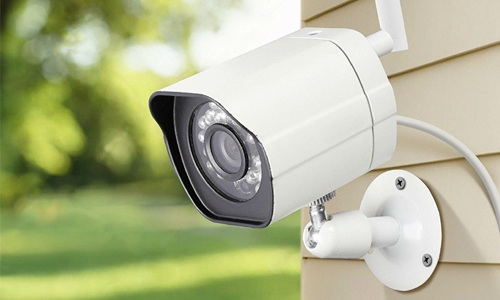 The rise of surveillance studies

On the one hand, as we go about our daily lives it is hard to miss the proliferating cameras, demands for official documents and public discussions about Internet dataveillance. At the same time, there is a curious invisibility surrounding these practices. The actual operation of surveillance, the precise nature and depth of its penetration, along with the protocols for how one is singled out for suspicion or reward are opaque to all but a select few insiders.

Also contributing to invisibility are the hidden video and audio recorders and embedded sensors which silently gather and remotely transmit data. The democratisation of surveillance, such that even groups that historically were largely unscrutinised are now monitored by major institutions and sometimes by other citizens (Mathiesen 1997; Goldsmith 2010). As surveillance becomes a generalised response to any number of social issues, it is hard for anyone to remain free from scrutiny. This is not to say that the democratisation of surveillance has itself translated into anything approaching a levelling of social hierarchies.

In fact, new asymmetries have emerged, such that the surveillance of more powerful groups is often used to further their privileged access to resources, while for more marginalised groups surveillance can reinforce and exacerbate existing inequalities. Much of this is contingent on forms of social sorting (Lyon 2003), where data about populations are subject to institutional processing which is itself related to vastly different life chances. At the level of the individual, such social sorting is not inherently bad, as it can ideally be used to better distribute resources to a society’s most vulnerable or needy.

This sensibility to both the positive and negative implications of surveillance reinforces the general normative orientation of surveillance studies that surveillance is capable of being used for both desirable and detestable things. Much of the critical literature focuses on the inappropriate and often hidden uses of surveillance, with scholars often consciously positioning themselves opposite the more optimistic and often self-serving and even naïve pronouncements about the exclusively beneficial consequences of surveillance technology.

Given that many surveillance studies scholars are alarmed by some of the more disquieting instances of surveillance, a major question concerns how citizens should respond to these developments, either individually or collectively. In surveillance studies this issue of praxis often revolves around debates about the continued relevance of official privacy regimes or data protection provisions. Although there is a wide spectrum of opinion on this topic, one can crudely break these down into those who have some faith in the existing privacy structures versus those who are more suspicious or critical. Any resistance to surveillance ultimately depends upon an informed, motivated and engaged citizenry.

This points to the fact that perhaps one of the greatest surprises in the field of surveillance studies has been the comparatively muted public response to developments in surveillance that seem to be self-evident threats to personal liberties. One wants to be careful here not to discount the vital efforts by anti-surveillance activists and concerned citizens, and some of the important anti-surveillance victories that they have won. At the same time, it is clear that by and large the public has enthusiastically or resignedly accepted such technologies, accepting claims that they are viable ways to secure profit, increase security, or simply as fun devices to play with (Ellerbrok).

This muted public response, combined with a new willingness by individuals to hand over information on assorted social media applications, has challenged many assumptions that scholars have about citizen engagement and the politics of surveillance. These are just a smattering of the important preoccupations of scholars studying surveillance. They are themselves the culmination of an emergent process that has helped to give rise to a new and vibrant multi disciplinary field. The timing of surveillance studies’ appearance is no accident, in at least two ways.

First, personal information became economically, political and culturally significant in unprecedented ways during the later twentieth century. The biggest single driver of this was the shift to computerised record-keeping. What was once stored in static, fixed locations—index cards and filing cabinets—and shared with others only under strictly limited circumstances was expanded, became mobile, searchable and shareable, not only within but across organisations and even countries. This meant that surveillance capacities grew massively in several ways at once. Even as they did so, other processes, such as burgeoning global corporations, increased government outsourcing and a vast increase in the commercial use of personal data for marketing, offered new incentives for personal data-processing.

Now, people not only take for granted that they have to remember their passwords or show ID but also, as social media multiply, cheerfully and voluntarily expose their data to others. Nor is the appearance of surveillance studies an accident in social and information sciences either. In the last part of the twentieth century many social scientists queried just what model of “modernity” had dominated that century’s social thought, and questions were raised about whether surveillance had been given sufficient prominence (e.g. Giddens 1987).

The new surveillance was associated with electronic technologies and, as David Lyon (1994) pointed out in The Electronic Eye, several studies emphasised how this facilitated a crucial categorising dimension in addition to the already-existing use of statistical tools in administrative surveillance. “Social sorting” (Lyon 2003) became a useful shorthand for this, which could be seen for instance in policing (Ericson and Haggerty 1997) or in public space camera surveillance (Norris and Armstrong 1999). As legal scholar Lawrence Lessig (1999) noted, the use of software code and algorithms, along with dependence on searchable and remotely accessible databases, produced new sets of problems. People were to be treated differently depending on how they were categorised.

Newer ones, like “social sorting,” “surveillant assemblage,” “visibility” or “exposure” are sensitising concepts, used to alert us to new dimensions of social practice, but are still in need of further specification, empirical analysis and comparative study in different contexts. Social sorting highlights the categorising enabled by new statistical and software practices and which tends to reproduce and amplify social divisions. The surveillant assemblage (Haggerty and Ericson 2000) draws attention to how discrete and varied surveillance systems tend to converge into flows of personal data, drawing members of any and all populations into their purview.

Visibility (Andrea Mubi Brighenti 2007) prompts examination of whose data are seen by whom and with what effects, because managing visibilities is at the core of control, while exposure (Ball 2009) points more to the subjective experience of surveillance, how people actually experience being “watched” and what differences that makes to the process. These concepts connect back, in turn, with strands of theory from various disciplinary sources. They are necessary both for explanation and also for critique and they require of anyone engaging with surveillance studies a willingness to hear what people from other “home disciplines” may have said about a particular problem.