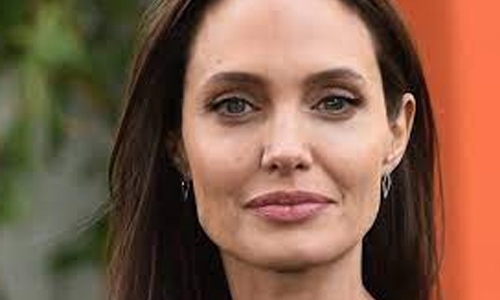 A-lister Angelina Jolie has been making waves and racking up the accolades ever since she hit movie screens. Her latest 'feat', however, comes on the back of a simple click.

The actor recently made her social media debut on Instagram to advocate for the people of Afghanistan — and, in the process, managed to garner 2.1 million followers in under three hours. Talk about star power.

She beats Harry Potter star Rupert Grint, who hit the one million followers mark in four hours and one minute last November, when he joined the 'gram to reveal his daughter's name.

Before the English actor, however, it was Sir David Attenborough who held the coveted title when he joined in September and inadvertently racked up a million fans in four hours and 44 minutes. The beloved broadcaster and natural historian's achievement was even verified by the Guinness World Records.

Jolie's first post was a heartfelt letter she received from a teenage girl in Afghanistan in light of recent developments that saw the Taliban take over the country with lightning speed in less than a week.

"Right now, the people of Afghanistan are losing their ability to communicate on social media and to express themselves freely. So I’ve come on Instagram to share their stories and the voices of those across the globe who are fighting for their basic human rights," she wrote.

The post has since received 3.6 million likes, while a second highlighting the plight of the displaced has received two million likes in three days.

At the time of writing, Jolie's account boasted 9.6 million followers in the four days since it began.

Will she hit 10 million in five days? Time will tell, but a new record may just be in the offing