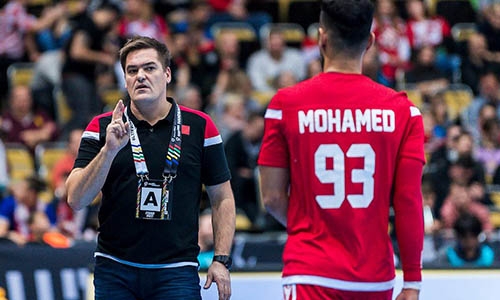 Bahrain has been drawn in a tough Group D for the 2022 Asian Men’s Handball Championship, taking place January 18 to 31 in Dammam.

The draw was held yesterday in Saudi Arabia to determine the groupings for the 17 participating nations.

The Bahrainis are set to be alongside Japan, Hong Kong, Uzbekistan and Vietnam for the first round of the competition.

Thailand was also set to compete in the tournament but withdrew before the draw.

The 2022 Asian Men’s Handball Championship will be the 20th edition of the tournament, organised by the Asian Handball Federation.

It acts as the continental qualifying event for the world championship in 2023, with five teams earning qualification.

Bahrain currently has a squad of 19 players training under national team head coach Aron Kristjansson for the competition.

In the previous Asian championship held in January of 2020, the Bahrainis finished fourth overall.

Bahrain has never won the title but was runners-up four times in the last six editions and bronze-medallists once.