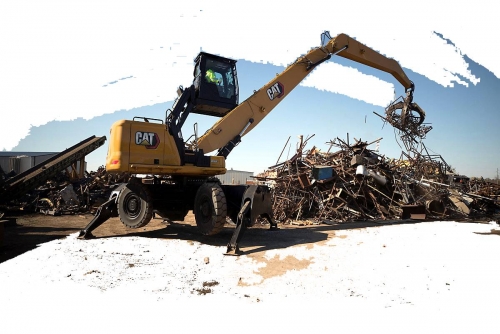 The call to regulate scrapyards in Bahrain is gaining strength, with lawmakers terming them as “ha ven” and “breeding ground” for criminal activities.

Thousands of dinars worth of metals and other objects make their way through scrapyards in the Kingdom each year, where criminals are also allegedly using them for a few-questions asked source for fast cash.

Scrapyards allegedly also help spawn an endless cycle of theft, which law enforcement cannot keep pace with. Municipalities also accuse the scrapyards of failing to maintain security and safety measures, despite falling under the aegis of the commercial registry.

“Their irresponsible acts also expose nearby localities to grave dangers, including fire.” Municipal officials state that such places have become a haven for irregular workers and criminal elements to sell off stolen goods.

“Only way out is ensuring accountability and monitoring.” According to the Chairman of the Southern Municipal Council, Bader Al Tamimi, “It’s high time we intervene and fashion them into markets that would serve the economy.”

Several proposals in these regards went into the abyss, he said, adding each of the queries is sent back with the answer we are “studying” them. “Delaying actions are also tantamount to denying an opportunity to develop these places and create job opportunities.

Chairman of Muharraq Municipal Council Ghazi Al-Morbati highlighted the need for regulations to organise the sector to create more jobs. “This would generate substan - tial income for Bahraini families in the sector,” he said.

“Scrapyard, he wondered, existed in the Kingdom for several years, but it is not yet clear who is responsible for them.” He also suggested developing a unified space for collecting scraps to ensure accountability.

Muhammad Saad Al Dosari, a member of the Northern Municipal Council, stressed the need for bringing scrapyards in the Kingdom under a specific authority to ensure accountability for everything that goes in and out of such yards.

“ This would help preserve the environment and safety of the areas that employ several expatriate workers.” “The presence of proper laws will also ensure regular employment and eliminate commercial fraud.”

Since 2016, there were frequent reports of scrapyards being used by “mafias” as cover to deal in illegal weapons, drugs, stolen cars and hazardous chemicals with the place seeing major fires that sometimes took up to a day to extinguish.

There were also reports that the quarry area, located near to the scrapyard in Askar, had been repeatedly targeted in a spate of overnight raids by thieves who hauled away stone by truckloads – the quarry resumed operations in 2015 after being shut down for eight years.

Urbaser Bahrain, which carries out waste management operations in the Northern and Southern governorates, has been awarded a contract to run the landfill site and set up sorting and recycling facilities as part of a plan to extend the site’s lifespan until 2025.

Two years ago, an inferno ripped through a scrapyard in Askar with flames engulfing scrap vehicles and plastic waste as well as spreading across wooden cabins and other debris.

The blaze was so intense that black trails of smoke continued to billow into the sky for more than six hours and the thick plumes could be seen from as far away as Sitra, 23km in the distance.