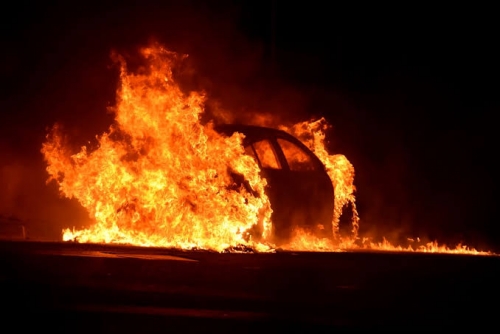 Setting a vehicle on fire in Buhair has landed a man in the dock less than 24 hours of reporting the crime.

The man, whose nationality or name stays undisclosed, allegedly set the vehicle on fire over a personal dispute with its owner.

The man, however, landed in custody, thanks to quick police action. Police said they opened an investigation soon after receiving a report.

Crime scene evidence, including CCTV footage, led the police to identify the suspect. Police then went on with a search operation to arrest the suspect and managed to to that within 24 hours of registering the complaint.

The General Directorate said they took all legal measures to refer the suspect to Public Prosecution.