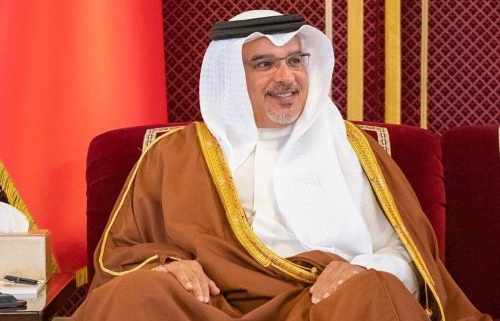 His Royal Highness Prince Salman bin Hamad Al Khalifa, Crown Prince and Prime Minister, yesterday stressed the importance of investing in and creating quality opportunities for Bahrain youth. Bahrain, HRH said, is keen to enhance investment in youth and empower them with tools of science and knowledge to boost their contribution to the nation-building process.

HRH CP and PM added that the Kingdom is continuing efforts to create more promising opportunities for young Bahrainis and an environment that enhances their spirit of creativity and innovation in them.

“This would help Bahrain build a prosperous present and a promising future, in line with the objectives of the comprehensive development process led by His Majesty King Hamad bin Isa Al Khalifa,” Prince Salman told the 23rd intake of the Crown Prince’s International Scholarship Programme.

HRH Prince Salman was meeting them at Riffa Palace yesterday. His Highness praised the efforts of those in charge of the Scholarship Programme, wishing them continued success and the support by educational institutions to the participating students.

“The graduates of the programme have achieved success, since its inception, at various levels, including in leadership positions at the local and global levels, which is a matter of constant pride,” said HRH.

In this regard, HRH Crown Prince and Prime Minister expressed pride in the appointment of Noor bint Ali Al Khulaif as Minister of Sustainable Development, the first female minister from the CPISP’s alumni.

The twenty-third batch of students selected for the programme for 2022 are:

The scholarship recipients are selected from 707 Bahraini applicants from public and private secondary schools - inside and outside Bahrain. Selection process followed Grade Point Average, the results of IELTS and SAT examinations, leadership training, and a critical thinking course organised by the CPISP as part of last year’s candidacy training.