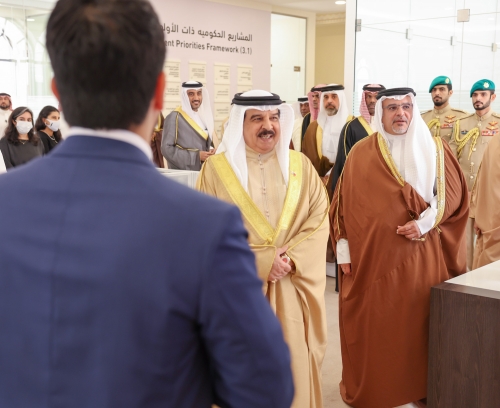 His Majesty King Hamad bin Isa Al Khalifa addressed a letter of thanks to His Royal Highness Prince Salman bin Hamad Al Khalifa, the Crown Prince and Prime Minister. HM the King paid a visit yesterday to Gudaibiya Palace to get updated about the flow of work at different directorates affiliated with the Prime Minister’s Office.

He expressed sincere thanks and gratitude to HRH the Crown Prince and Prime Minister for briefing him about the government’s development projects and plans. His Majesty praised His Royal Highness’s keen follow up and close supervision to achieve the initiatives of priorities which are directly linked to people.

In the letter, HM the King praised the high quality and excellence which mark the government’s work, led by HRH the Crown Prince and Prime Minister. He praised young Bahraini personnel working at the Prime Minister’s Office, expressing delight at meeting them and describing them as the nice and bright face of Team Bahrain.

“The team’s honourable performance reflects the readiness of Government’s cadres to assume their national duties with utmost devotion”, he said, hailing their strong determination and enthusiasm.

HM the King prayed to Allah the Almighty to guide HRH the Crown Prince Minister in serving the beloved homeland which will continue to flourish and thrive thanks to citizens’ successes and achievements. 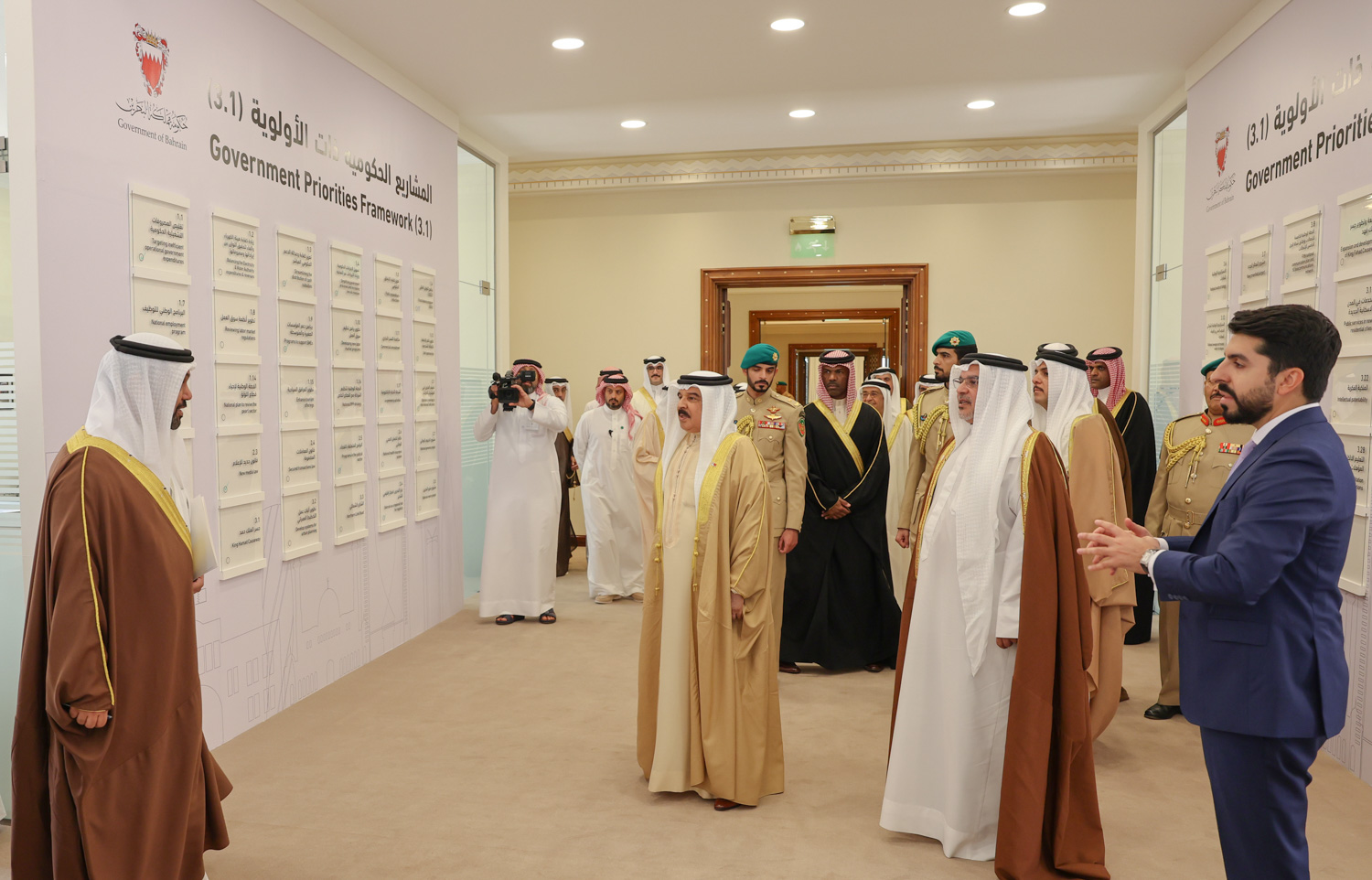 HM the King also received a letter of thanks from His Royal Highness the Crown Prince and Prime Minister who reiterated allegiance to HM the King, wishing him abundant health and happiness. He expressed pride at HM the King’s appreciation of Bahrain’s achievements and the progress of the Government’s performance, describing the royal praise as a motive to exert further efforts for the nation.

He praised HM the King’s prosperous era, wise leadership and good governance, which provide promising opportunities to citizens and spearhead wide-ranging development, turning the homeland into a role model for progress and achievements.

HRH the Crown Prince and Prime Minister said that HM the King’s orders and directives represent a comprehensive roadmap to achieve national development priorities and create promising opportunities for Bahraini youth, aspiring to a more prosperous future across all sectors to consolidate the Kingdom’s competitiveness.

“The royal praise is a catalyst for national cadres to continue their dedicated work with utmost determination in order to achieve HM the King’s development aspirations”, he said.

“All these fruitful efforts have paid off, yielding achievements and successes in developing government work, modernizing its system and improving its services”, he added, lauding HM the King’s directives which laid the foundations of Bahrain’s renaissance.

HRH The Crown Prince and Prime Minister expressed Team Bahrain’s pride in HM the King’s wise leadership, which represents a source of inspiration to serve the nation with utmost devotion. He pledged to continue dedicated work to achieve further development, progress and prosperity for Bahrain to remain a source of hope, now and forever. He prayed to Allah the Almighty to bless and protect HM the King for the sake of the homeland and closely-knit nation.