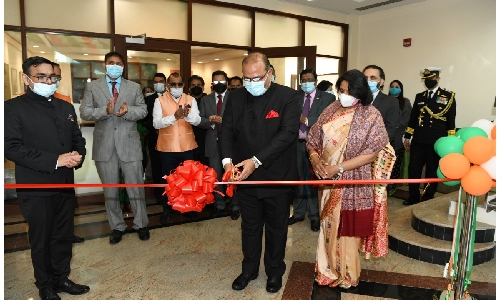 Marking the Republic Day of India, the Indian Embassy in the Kingdom yesterday launched a new user-friendly website eoibahrain.gov.in, which gives updates and quick alerts.

“In addition, a Tribes India Atmanirbhar Corner and Ayurveda Garden were also inaugurated at the Embassy premises.

The Tribes India corner showcases the tribal products based on Indian tribal culture, knowledge and traditional skills and handcrafted by the tribals from across India, and aims to promote tribal art and craft in the International market.

The Ayurveda garden, curated by the Indian Ladies Association with the support of Lulu Group, will promote awareness about our vast and ancient science of Ayurveda and use of herbs in promoting wellness,” the statement issued by the embassy said.

“As Ayurveda, the traditional Indian medicine is becoming increasingly popular, particularly during Covid times, the garden provides visitors with a hands-on experience of different herbs that can be grown in Bahrain.

The Indian Community Relief Fund (ICRF) Bulletin highlighting their activities of the past year especially on the outreach programmes to the underprivileged community members, was also released during the ceremony by the Ambassador,” it added. 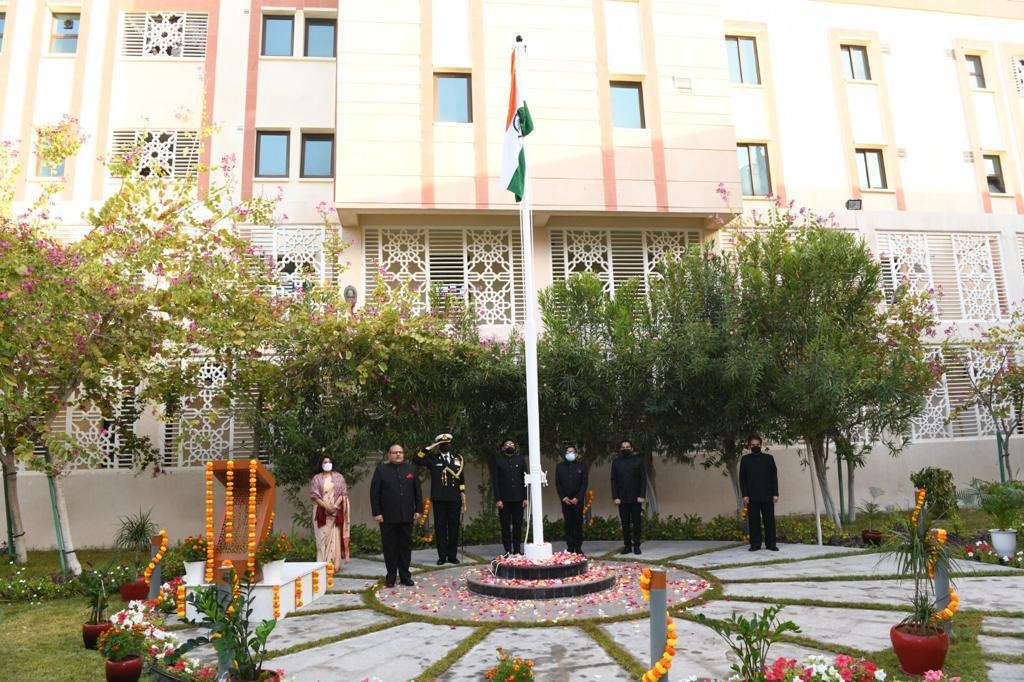 Earlier yesterday, the Republic Day celebration commenced with the offering of flowers to Mahatma Gandhi, followed by the flag-hoisting ceremony and playing of the national anthem. Ambassador Piyush Srivatava read the message of the Hon’ble President of India given on the eve of Republic Day.

“Due to continued increase in COVID infections and the interest of everyone’s health and safety, physical participation at the flag hoisting ceremony was restricted to representatives of few Indian community associations and Indian workers.

The event was screened live at the Embassy’s social media accounts,” the statement said.

Bahrain India Society yesterday organised an event to launch the book ‘Gandhi: His engagement with Islam and the Arab World’ written by Abdulnabi Al Shoala in English, Hindi, Urdu and Malayalam languages.

During the ceremony, Al Shoala presented copies of the book to Ambassador Srivastava. In the evening, the embassy hosted a virtual reception for the 73rd Republic Day of India, which will feature documentaries and cultural performances showcasing India’s rich heritage and diversity.

More than 250 people including Members of Parliament, representatives from the Government of Bahrain, distinguished Bahraini dignitaries, Diplomats, businessmen and the Indian community attended the virtual event.