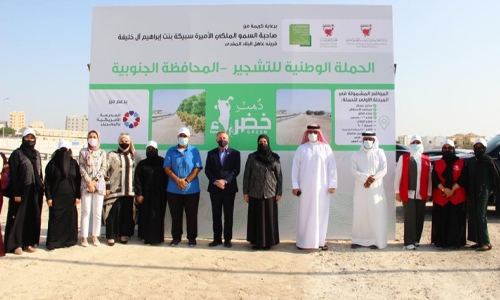 The “Forever Green” campaign to expand green areas in Bahrain and contribute to the fight against climate change has succeeded in greening 12 sites across the Kingdom.

The ambitious campaign was launched by the National Initiative for Agricultural Development (NIAD) and it has received generous support from the private sector in a demonstration of the robust partnership among all components of the Bahrain community.

The campaign is being implemented under the directives of HM King Hamad bin Isa Al Khalifa and the patronage of HRH Princess Sabeeka bint Ibrahim Al Khalifa, the Wife of HM the King and President of the NIAD Consultative Council.

The latest sites to benefit from the campaign were Riffa Avenue in the Southern Governorate thanks to the support of the Ahli United Bank and the December 16 Highway thanks to the American School in Bahrain.

The financial support was part of their commitment to community partnership to promote the expansion of the green area in Bahrain and to address the effects of climate change within the 2030 Sustainable Development Goals. 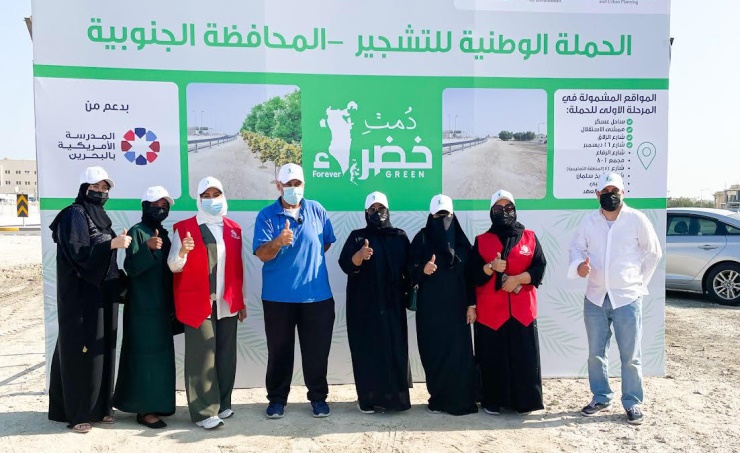 "This could be achieved by involving the public, private and civil sectors in a way that combines efforts to boost generous engagement and assist in the prosperity of the agricultural, food and environmental sectors in the Kingdom."

Shaikha Maram noted the important and significant role of the private sector in supporting the campaign through companies that have undertaken to achieve the lofty goal of expanding the green areas in the Kingdom.

Their dedication is in response to the directives of HRH Prince Salman bin Hamad Al Khalifa, the Crown Prince and Prime Minister, on the necessity of strengthening the partnership between the two sectors, she added.

"Thanks to this outstanding partnership, 12 sites have benefited from the Forever Green campaign across the Kingdom," she said 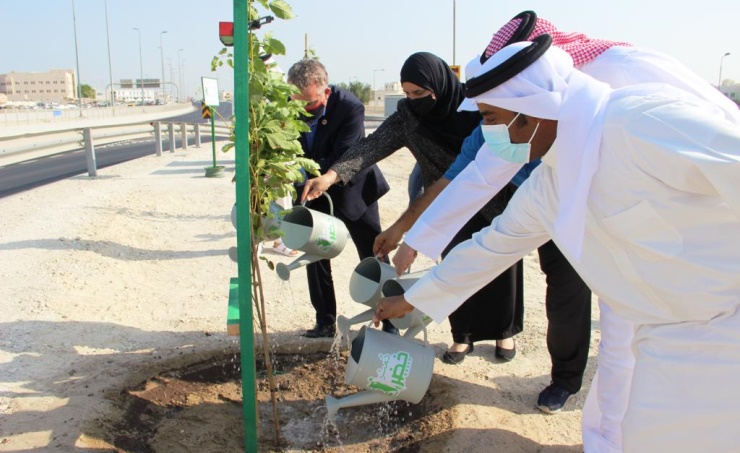 The afforestation ceremony for the December 16 Highway was attended by Shaikha Maram, the Director General of the Southern Municipality, Assem Abdullatif, and the founding director of the American School of Bahrain Dave McMaster.

Good Imprint Association volunteers and administrators as well as members of the Southern Municipal Council were also present.

Representatives of the Southern Governorate and members of the Municipal Council were also present.

Biden intends to run for re-election in 2024: White House spokeswoman