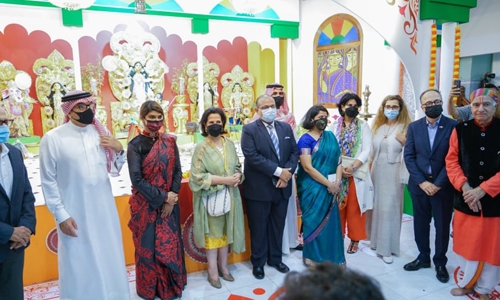 Life back for ‘Little India’ in Manama

From Bab Al Bahrain, where the entrance to the ancient city of Manama with all its cultural and historical heritage, cultural activities to commemorate the Golden Jubilee of diplomatic ties between the Kingdom of Bahrain and the Republic of India were launched yesterday evening.

In attendance were Bahrain Authority of Culture and Antiquities (BACA) President Shaikha Mai bint Mohammed Al Khalifa, Foreign Affairs Consular and Administrative Affairs Undersecretary Tawfeeq Al Mansoor and Indian Ambassador Piyush Srivastava, in addition to prominent diplomatic presence as well as active personalities in both the Bahraini and Indian communities and those interested in cultural affairs.

“Culture has always brought us together to celebrate our common heritage and history and today we celebrate fifty years of diplomatic relations between Bahrain and India,” said Shaikha Mai on the occasion.

“With life returning to normal in Bahrain, Little India is back to Manama to open new horizons for cultural exchange between the two nations and through our programme we present Indian culture with all its antiquity and beauty for all visitors to Manama.”

Al Mansoor stressed the depth of the existing relations between Bahrain and India.

He noted the strength of the ties between the two nations across various fields.

“This occasion is another achievement in the relations between the two nations as we celebrate today not only fifty years of official diplomatic ties but centuries of deep-rooted friendship," he stated. 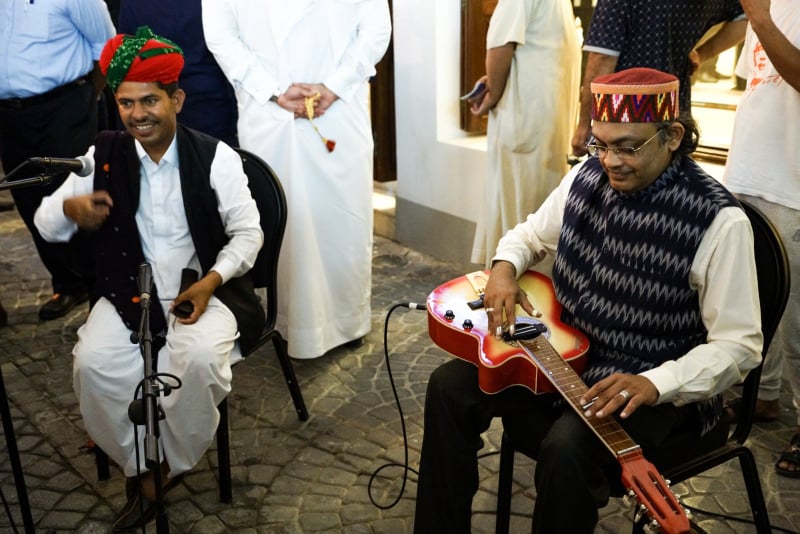 The opening ceremony kicked off with a light show of the Indian flag on the facade of Bab Al Bahrain, where the Bahrain Police Band presented a musical show. 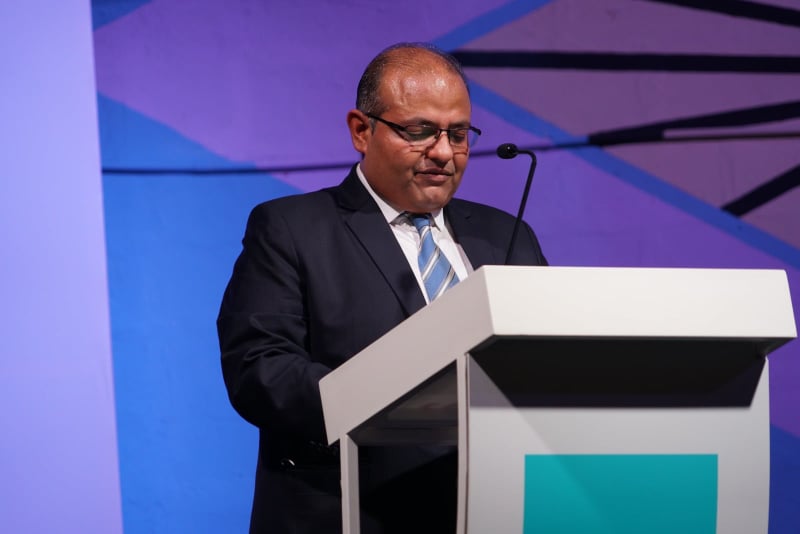 Audiences at Bat Al Bahrain will be treated to evenings of Bahraini and Indian musical performances at Bab Al Bahrain until October 19.

The celebration then moved to the beat of the Bahrain Police Band to the “Made in Bahrain” store – where Indian artist Jaywant Naidu will perform traditional Indian folklore – followed by the inauguration of the “Little India” market passing through the various beautiful elements of Bab Al Bahrain. 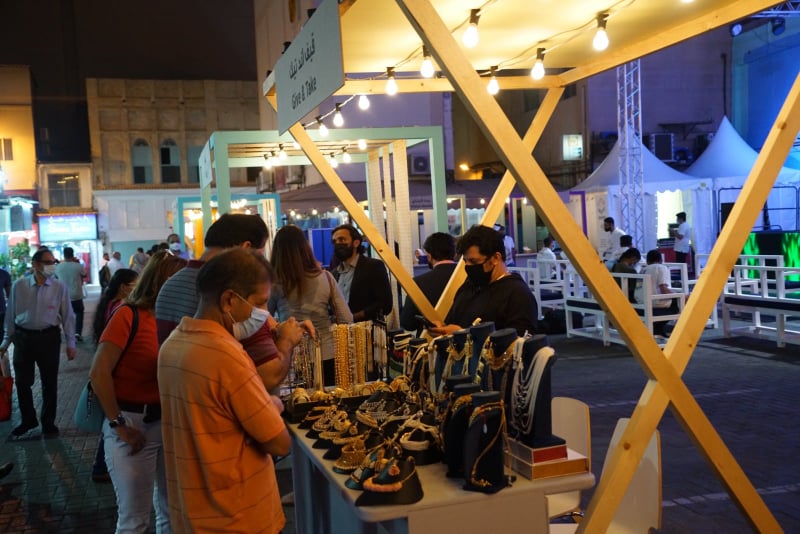 This continues on a daily basis until October 19 from 6pm until 9pm where various Indian and Bahraini products, dishes and handicrafts will be showcased. The Mohammed Bin Faris band presented a folklore musical show of the most beautiful authentic traditional Bahraini music. 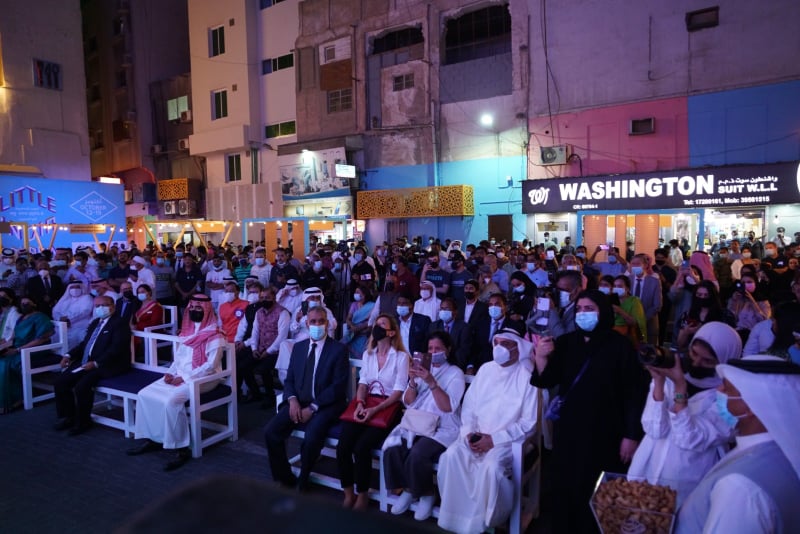 Following the tour through Manama, which also includes a visit to the traditional Indian temple, activities moved to the Cultural Hall where a traditional folklore performance by Indian artist Jaywant Naidu, at 8 pm  was held as part of the International Bahrain Musical Festival – in its 30th edition. 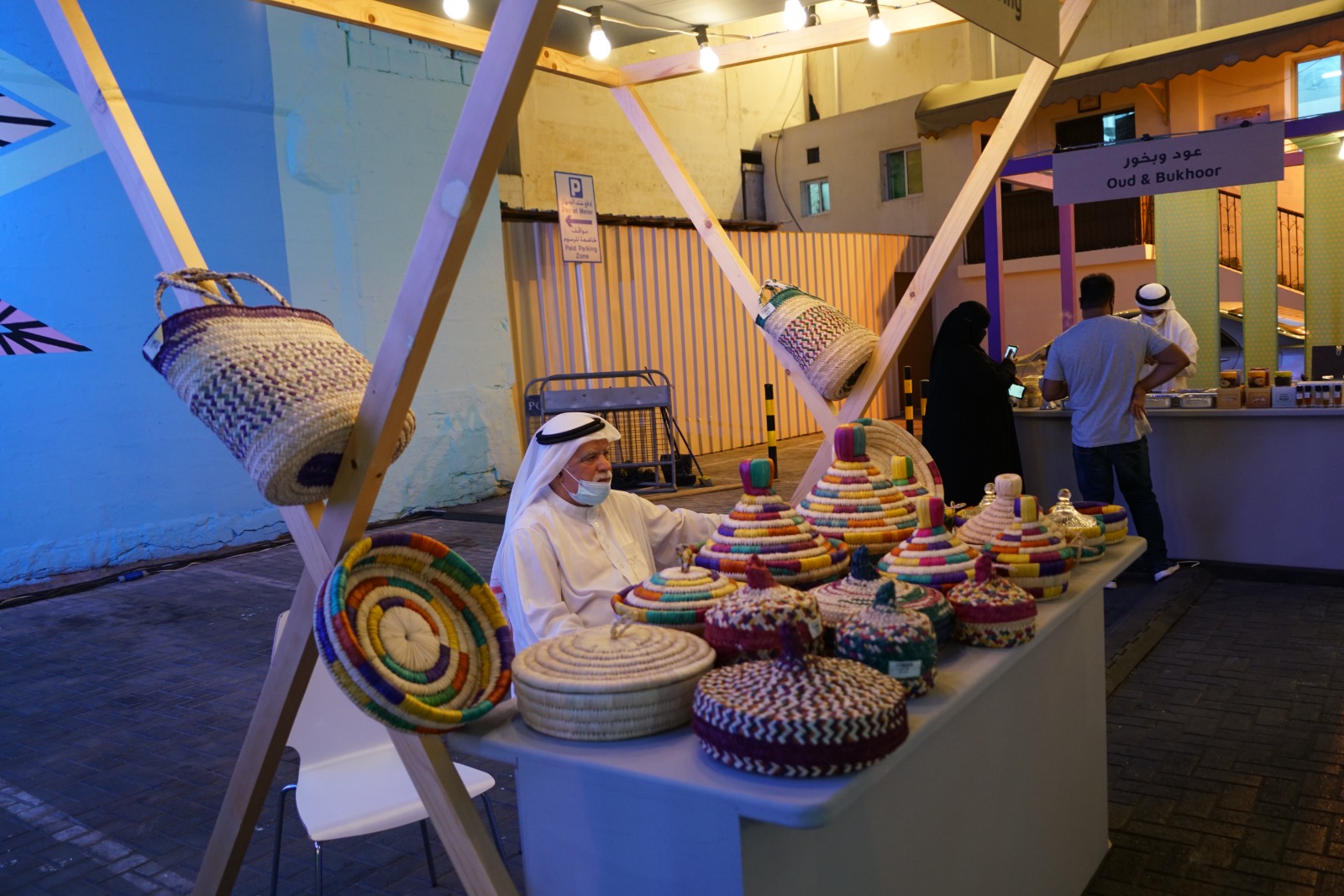 During the performance, artist Jaywant, along with other musicians, performed classical northern India music on the guitar – a musical instrument he started learning to use when he was 8-years-old.

The programme to celebrate the Golden Jubilee of diplomatic relations between Bahrain and India includes two lectures at the Bahrain National Museum on the relations between the two nations – on October 13 at 7pm presented by speaker Bob Thaker and October 17 at 7pm by speaker Yousif Sallahuddin. 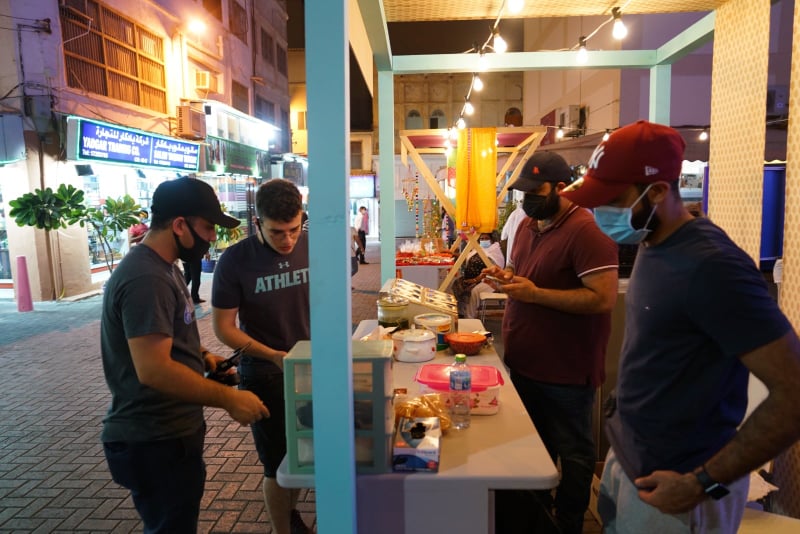 Meanwhile, interactive activities will start on October 15, with a photography tour in Little India organised by BACA in collaboration with Photo Bahrain and Fujifilm at 5pm.

On October 16, the Art Center will host two workshops on the hard of hand-block printing which will be supervised by Kala Foundation for Artistic Design.