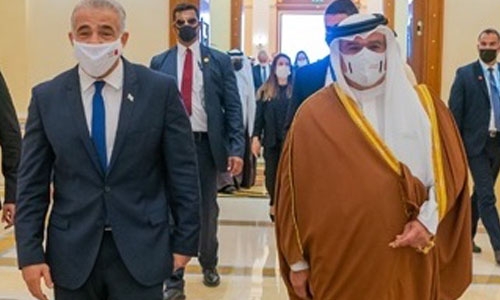 His Royal Highness Prince Salman bin Hamad Al Khalifa told Lapid that we must build upon what has been achieved following the signing of the Abraham Accords to support international efforts and consolidate regional and international peace, security, and stability.

“Bahrain is committed to promoting the values of understanding, dialogue, cooperation, peaceful coexistence, tolerance, and rapprochement between peoples,” Prince Salman told Lapid. Following the meeting, His Royal Highness hosted a luncheon in honour of Lapid’s visit to the Kingdom.