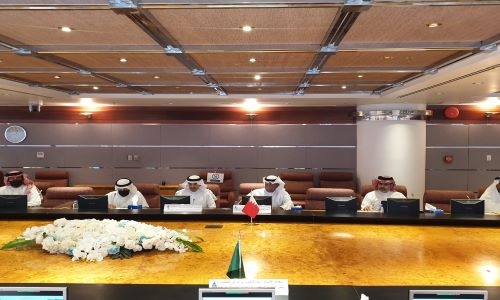 The executive committee meeting, inaugurated by Sameer Abdulla Nass, the Chairman of the Bahrain Chamber, also proposed establishing an investor centre for Bahrainis in Saudi Arabia. The meeting at the premises of Asharqia Chamber in Dammam was in the presence of Abdulrahman bin Saleh Al Otaishan Chairman of Asharqia Chamber, and other committee members from the Bahraini and Saudi sides.

Nass told the meeting that more joint committees and business coalitions are needed to streamline the endeavours of business owners and investors from Bahrain and Saudi and take commercial cooperation to new heights.

Nass expressed confidence in the prospect of the Bahraini-Saudi Council in translating the visions and aspirations of His Majesty King Hamad bin Isa Al Khalifa and the Custodian of the Two Holy Mosques King Salman bin Abdulaziz Al Saud, particularly concerning stepping-up trade and partnerships and pushing economic cooperation to its optimal level.