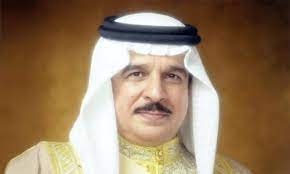 His Majesty King Hamad bin Isa Al Khalifa has praised the role of the print, audio, visual and electronic media.

His Majesty delivered a keynote address marking the World Press Freedom Day wherein he hailed their enlightenment, sense of responsibility, awareness and intellectual creativity. “This year’s celebration, under the theme “Information as a Public Good”, coincides with the 30th anniversary of the historic Windhoek Declaration,” he said, hailing the longstanding history of the national press and responsible media for their vital role over more than eight decades in spreading trues facts and information, and serving high national interests in total professionalism and objectivity.

He reiterated keenness, since the launch of the National Action Charter, on providing constitutional and legal guarantees to protect the rights of journalists and media professionals to express their views safely and independently.

He underlined their freedom to seek information and ideas and to receive and impart them without restrictions, as it is one of the most important rights in Bahrain’s democratic society, taking into account the respect for others’ rights and reputation and the protection of national security, health and public morals, in accordance with international covenants.

He said that the COVID-19 challenges demonstrated the importance of the national media role as an active partner within Team Bahrain, led by His Royal Highness Prince Salman bin Hamad Al Khalifa, the Crown Prince and Prime Minister.

He praised the national media’s commitment to publish documented information in confronting false and misleading rumours and news, deepening societal awareness of the importance of precautionary measures and stimulating voluntary and humanitarian work.

This media role, HM the King said, contributed to spreading reassurance, preserving public health and safety for all citizens and residents, and highlighting the Bahraini honourable model in managing the crisis and mitigating its fallout in Bahrain and abroad.

He praised the Ministry of Information and all its personnel, who were able to harness all media capabilities and digital platforms to publish news and information of quality and credibility and to ensure the free flow of ideas and news and their circulation without limits other than observing the national conscience and adhering to the ethics of the profession.

He praised the ministry’s successful cooperation with the National Communication Centre (NCC) and the Bahrain Journalists Association (BJA) to reflect the nation’s conscience, unity, and authentic cultural and civilizational identity, and the aspirations of its children to achieve sustainable economic and social security.

He commended the constructive cooperation between the executive and legislative branches of government to discuss amendments to the law regulating the press, printing and publishing, in a manner that meets the aspirations of the media and come up with a more advanced and comprehensive modern law that promotes responsible liberties and heeds the national interests in a society dominated by the values of justice, equality and equal opportunities.

He stressed the importance of the new law to keep abreast of the electronic media strides and to reflect Bahrain’s pioneering national achievements in digital transformation and modernisation of information and communication technology infrastructure. “We directed to draw up a new and comprehensive law to combat hate speech, extremism and contempt for religions in expressing an opinion in all its conventional and new forms”, he said. 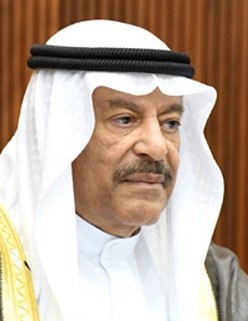 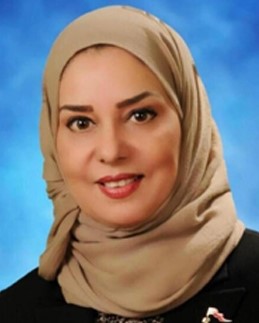