Build on the success of HM the King’s development march: HRH Prince Salman | THE DAILY TRIBUNE | KINGDOM OF BAHRAIN 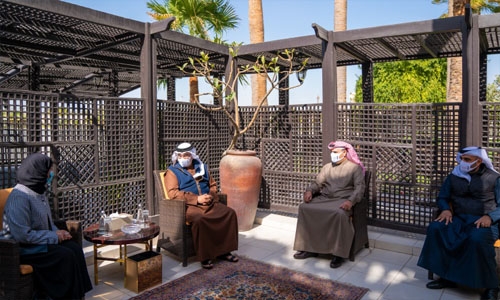 His Royal Highness Prince Salman bin Hamad Al Khalifa yesterday called on all to continue building on the achievements of His Majesty the King’s development march, which keeps citizen’s welfare as its goal.

“Citizens lie at the heart of all development efforts to which the government is directing all its works,” the Crown Prince and Prime Minister said.

The Kingdom, HRH Prince Salman said, will continue these endeavours with “determination, vigour and through the collective efforts of the members of the Executive and Legislative branches.” “For this, it’s important to continue building on what has been achieved by the comprehensive development march of His Majesty King Hamad bin Isa Al Khalifa,” added HRH Prince Salman.

HRH the Crown Prince and Prime Minister told the speaker that advancing joint work between the Executive and Legislative branches will help the Kingdom boost its development drive. “This will help the government better serve the citizens across all development plans, programmes and projects.”

The speaker assured HRH the Crown Prince that the members of executive and legislative branches are relentlessly working on to achieve the aspirations of the country and its citizens. “We will continue the process of national work with renewed determination and vigour,” the speaker assured Prince Salman.

“Challenges will not deter us, as we are determined to move ahead with the spirit of one to attain Bahrain’s goals.” The speaker thanked His Royal Highness, the Crown Prince and Prime Minister, for the interest he attaches to promote cooperation between the executive and legislative authorities to support the comprehensive development process in Bahrain.