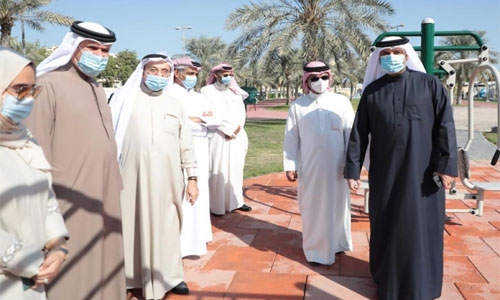 The Southern District Municipality has inaugurated the Isa Town Walkway after being redeveloped and rehabilitated under the patronage of the Minister of Works, Municipalities Affairs and Urban Planning, Engineer Essam bin Abdullah Khalaf.