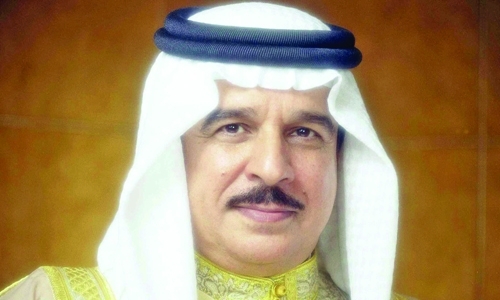 His Majesty King Hamad bin Isa Al Khalifa today issued Royal Decree 3/2020, replacing Article (1) of Decree 6/1985 with regards to the Organisation of the Sunni and Jaffari Councils and their Directorates.

The new article stipulates that the Sunni and Jaffair endowments shall each be overseen by a council.

The two councils shall be independent entities that report to the minister in charge of endowment affairs.

Each council shall manage its endowments, disburse their revenues, preserve their assets and develop them in accordance with the provisions of the Islamic Sharia.

Each council shall have full authority over its affiliate endowments regarding their management, preservation and construction, as well as the collection of their revenues and their distribution to the relevant beneficiaries. The heads of endowments are appointed and dismissed as per decisions taken by the councils.

The phrase “The Minister in charge of endowment affairs” shall replace the phrase “Minister of Justice and Islamic Affairs” wherever it appears in Decree 6/1985.

The Minister of Justice, Islamic Affairs and Endowments shall implement the provision of this decree which becomes effective upon its publication in the Official Gazette.