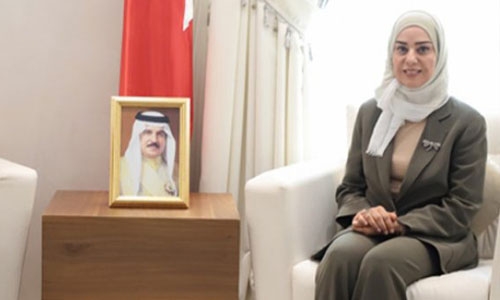 Representatives Council Speaker Fawzia bint Abdullah Zainal has sent to the government the visions of the Parliamentary Services Committee, in response to a letter on proposed reforms of the retirement and social security systems and their sustainable goals.

Zainal affirmed that the referral of the proposed visions aims to boost active cooperation between the Representatives Council and the government to serve the nation and citizens.

It is in line with the implementation of the directives of His Majesty King Hamad bin Isa Al Khalifa and His Royal Highness Prince Salman bin Hamad Al Khalifa, the Crown Prince and Prime Minister.

Zainal asserted the Representatives Council’s keenness on the public and pensioners’ interest in order to enable the pension funds to honor their obligations towards the pensioners.

The Representatives Council underlined keenness on ensuring the sustainability of the insurance funds’ resources and protecting their assets to ensure the delivery of benefits and retirement privileges to the affiliates.

Zainal pointed out that the national consensual vision and considering the national and citizens’ interests as well as low-income individuals will remain a top priority for the legislative and executive branches in discussing the proposed reforms to the retirement and social insurance systems and their sustainable goals.