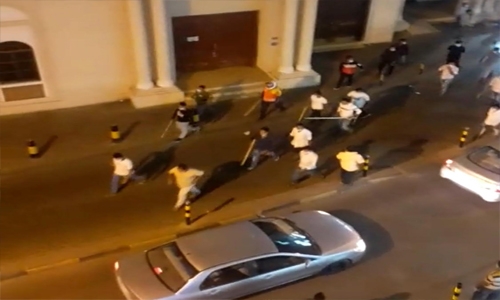 Police arrested a group of men who were involved in a street fight with weapons after a video of the incident went viral.

The incident reportedly occurred last Sunday. In the video, a group of men, all Asians are seen roaming the street holding long sticks. They then fought with another group, also Asians.

The reason for the fight is not known. Police opened an investigation after being alerted of the video that resulted in the arrest of six people. A search is on for the others involved.