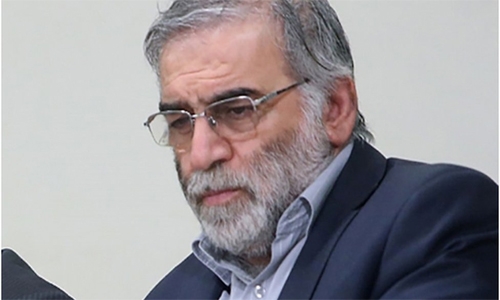 The Kingdom of Bahrain has condemned the assassination of a top Iranian nuclear scientist Mohsen Fakhrizadeh, who was assassinated near Tehran on Friday.

Iran has vowed to avenge the killing of its most senior who died in hospital after an attack in Absard, in Damavand county. Hossein Dehghan, military advisor to Supreme Leader Ayatollah Ali Khamenei vowed to "strike" the perpetrators like thunder.

Bahrain's Ministry of Foreign Affairs stressed the need for concerted efforts to reduce tension, prevent escalation in the region and ensure stability and security.

The ministry added that in light of the current situation in the region, the Kingdom of Bahrain calls on all parties to exercise maximum restraint to avoid new levels of instability in the region that threaten peace.