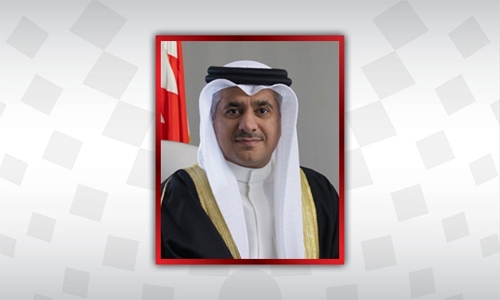 Under the Patronage of His Excellency Engineer Kamal bin Ahmed Mohammed, Minister of Transportation and Telecommunications, a special virtual event titled “Bahrain Internet: 25 Years of Digital Leadership” will be held on Sunday at 11 am, to commemorate 25 years since the internet - the vast digital information network that connects the world – was first introduced in Bahrain and which served as a momentous day in the history of the technology and telecommunications industry in the Kingdom.

Commenting on this occasion, His Excellency the minister stated, “The Kingdom of Bahrain has always been a forerunner in adopting new digital technologies and innovations. As the developer of the telecommunications sector, we strive to continue enhancing telecommunications services and infrastructure and levering the power of ICT for sustainable growth in line with the Fifth National Telecommunications Plan. We are honoured to celebrate Bahrain’s Internet Silver Jubilee and commemorate how far we have come in making the internet accessible and in facilitating the transfer and exchange of information”

Meanwhile, Bahrain Internet Society Chairman Mr. Abdulla Al Hamed said, “The historic event will be hosted by Bahrain Internet Society (BIS) and will feature leading national and international experts in the field of Information and Communications Technology (ICT) who will discuss the great impact of the Internet on the Kingdom, its current status, development and future, as well as speeches and testimonies from people whose lives have been transformed by the Internet.”

“The celebration will be virtually available on https://bis.org.bh/25years and will be broadcast on Sunday, November 29, at 11:00 am where all are invited to celebrate with us Bahrain’s Internet Day,” Mr. Al Hamed added.

Under the wise leadership of His Majesty King Hamad bin Isa Al Khalifa, the Kingdom of Bahrain set a strategic decision to transform the government services by establishing the Supreme Committee for Information and Communication Technology to implement directives specifically related to e-government and development of the information and communications technology.

Twenty-five years later, major advancements in ICT has transformed Bahrain into a “digitally advanced country,” a leader in the use of technology and a “top information and communications hub” in the region today.

Since BIS’s establishment in 2002, it has strived to serve the community of Bahrain by spreading awareness on the benefits of the Internet and working towards an efficient national digital transformation as part of its strategic direction, in line with the Kingdom’s “Economic Vision 2030.”