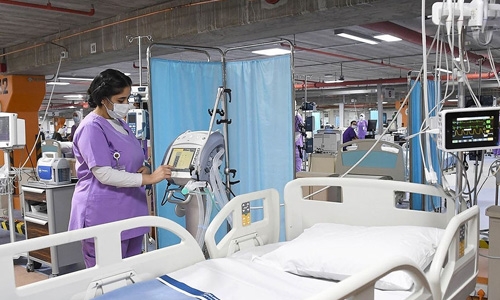 Three died from coronavirus (COVID-19) and 309 new infections were recorded yesterday, the Ministry of Health announced early this morning. Among the latest casualties were two Bahrainis, an 87-year-old man and a 78-year-old woman, raising the death toll to 305. Following 10,360 tests conducted, the new cases included 84 expatriate workers, 217 contacts of local cases and eight travel-related.

An additional 406 people recovered from the deadly respiratory illness yesterday, taking the total number of recoveries to 75,089. The ministry said that of the 3,139 active cases, 65 are receiving treatment and 31 in critical condition. The remaining 3,108 cases are stable. Bahrain has so far registered a total of 78,533 confirmed cases, including active cases, recoveries and deaths. The overall tests conducted in Bahrain increased to 1,638,436.