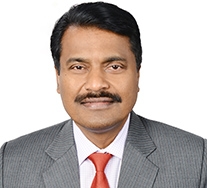 Bahrain Keraleeya Samajam (BKS) has denied allegations published by a newspaper and posted on social media that it has fully purchased Gulf Air tickets, defeating the purpose of an “air bubble” meant for Indians across the country. “We have not purchased or sold any tickets,” BKS president P V Radhakrishna Pillai and general secretary Varghese Karakkal told The Daily Tribune.

“As part of our assistance to the Indian community during the COVID-19 pandemic, we had facilitated inbound flights to support the people who were on the verge of losing their jobs due to visa expiry. “We had received around 1,700 requests much before the bubble agreement, which came into effect this week.

“Out of this, in collaboration with our travel partners Bahrain International Travels and Al Amal travels, around 800 people arrived in Bahrain through six inbound Gulf Air flights to date. “Five of these flights came before the air bubble agreement and one flight on September 15. “Gulf Air is expected to bring the remaining 500 passengers in the upcoming flights.”

BKS officials denied claims that the Gulf Air flights in the India-Bahrain sector from September 14 to 18 were converted to chartered flights for the convenience of as many as 2,200 passengers who paid money to BKS. “Applications for necessary sanctions from government authorities for bringing these passengers were filed long back and were awaiting approvals,” BKS officials clarified.

“All these arrangements were made well before the air bubble agreement. On September 11, Gulf Air agreed with our airline partners to carry these pending passengers on their upcoming flights. BKS has neither sold tickets nor engaged in any commercial activity.

“All the arrangements were done in collaboration with Bahrain International Travels and Al Amal Travels, wherein necessary assistance was provided from our side,” they said. The officials added that any money collected is not meant for BKS; rather, it is for Gulf Air through BKS’ travel partners, and BKS has not issued any receipts other than priority slips.

Individual receipts can be arranged from the respective travel agents, if required, they added. Since the air bubble agreement had come into place, BKS has completely stopped facilitating chartered flights. “We had extended our help based on humanitarian grounds when normal scheduled international flights between India and Bahrain were suspended,” the officials noted.

BKS, established in 1947 by a group of visionaries, is today one of the oldest and largest leading socio-cultural bodies in Bahrain. Under the “air bubble” arrangement between Bahrain and India, carriers from both countries are permitted to operate a specified number of flights between Bahrain and India and carry passengers of specific predetermined categories.