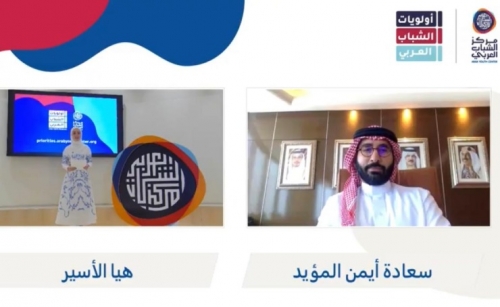 Youth and Sports Affairs Minister Ayman bin Tawfiq Al Moayyed participated in the first Arab Youth Priorities Conference, which was organised by the Arab Youth Center (AYC) in the UAE under the auspices of the Arab League and with the participation of the UN.

The conference witnessed the announcement of the results of the Arab Youth Priorities Survey, which was achieved by the AYC and included 7,000 young men and women from 21 Arab countries, who chose stability, education and health at the top of their priorities.

The minister explained that His Majesty King Hamad bin Isa Al Khalifa directed the Supreme Council for Youth and Sports (SCYS), headed by His Highness Shaikh Nasser bin Hamad Al Khalifa, to study the needs of young people based on scientific foundations.

Thus, the process of developing the sector began effectively, so the SCYS began to collect information through scientific surveys and found that youth’s personal interpretation of the reality of the situation differs in some cases significantly from the reality in which we live.

He pointed out that the Kingdom always seeks to support Arab integration among youth by launching initiatives and hosting events and programmes that establish a generation capable of advancing their homeland in various fields.