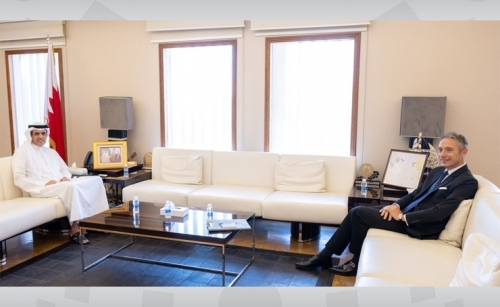 Minister of Information Ali bin Mohammed Al Romaihi praised distinguished historical relations between Bahrain and France and their development at all levels. The minister was speaking as he received yesterday French Ambassador Jerome Cauchard, with whom he reviewed ways of boosting bilateral cooperation and activating agreements, mainly in the media field, in light of the fruitful outcome of the recent visit of His Majesty King Hamad bin Isa Al Khalifa to France.

The French Ambassador thanked the Information Minister for his keenness on bolstering relations between the two friendly countries, stressing the keenness of the French government to promote media development in Bahrain and enhance cooperation in various fields.