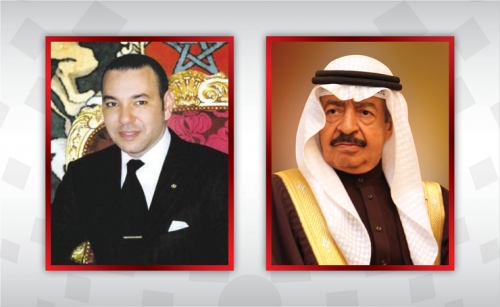 His Majesty King Hamad bin Isa Al Khalifa sent a cable of congratulations to King of Morocco Mohammed VI on the anniversary of Throne Day. HM King Hamad expressed his best wishes of good health and happiness to King Mohammed VI and of progress and prosperity to the Moroccan people, under his wise leadership.

HRH the Prime Minister and HRH the Crown Prince wished King Mohammed VI good health and happiness and the people of Morocco further progress and prosperity under his wise leadership. They hailed the deep-rooted and good relations between the two countries and peoples across all areas.

Industry Ministry steps up market inspections ahead of Eid