His Majesty's reforms made Kingdom 'a free, open and representative nation' | THE DAILY TRIBUNE | KINGDOM OF BAHRAIN 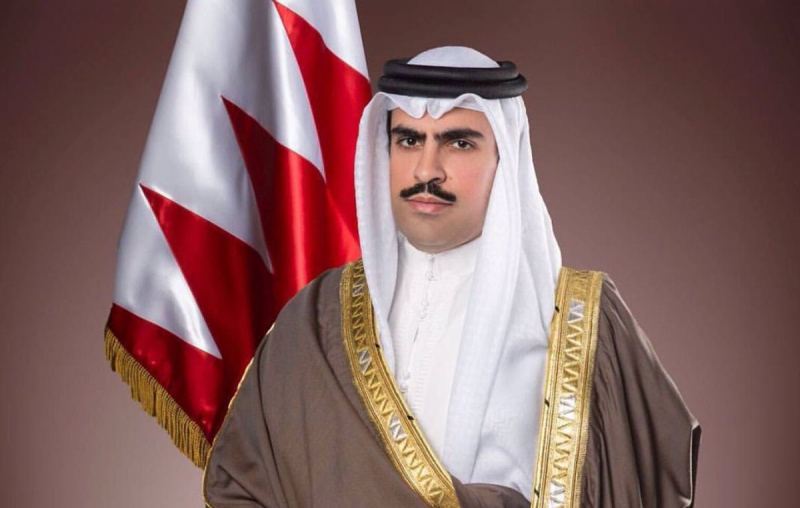 Bahrain’s Ambassador to the US, Shaikh Abdullah bin Rashed bin Abdullah Al Khalifa, stressed that His Majesty King Hamad bin Isa Al Khalifa carried out a series of reforms that made the Kingdom more free, open and representative, reflecting the aspirations of the people of Bahrain which HM has recognised more than two decades ago.

Shaikh Abdullah said that Bahrain not only has a direct representation through a bicameral parliament, but like the US, it also enjoys an inclusive culture that welcomes everyone and values them for their differences and similarities.

Bahrain is a country to which people have a feeling of belonging, regardless of religion, gender or social background, he stressed.

The ambassador pointed out that the Kingdom today supports the establishment of hundreds of different religious institutions, including churches, synagogues and temples next to mosques.

He noted the launch of “Kingdom of Bahrain Declaration”, which calls for religious tolerance and peaceful coexistence for all people of the world.

The declaration was launched formally in Los Angeles in September 2017 and has since embarked on a journey around the world and presented to world leaders for their support.

The ambassador stressed that tolerant Bahrain in addition to welcoming people of all religions, is committed to the welfare of men and women and to elevating the status of women.

Women in Bahrain hold senior leadership positions and for instance the Speaker of the Council of Representatives is a woman and more than 54 per cent of the advanced positions in the public sector are held by women, he said, adding that Bahrain welcomes talented people from around the world.

The Ambassador touched on the Bahrain-US Free Trade Agreement (FTA), stating that more than 400 financial institutions are based in Bahrain, availing of the skilled workforce and the proficiency in English as the language of business.

Another major advantage, he noted, is Bahrain’s strategic location that allows easy access to Arab and GCC countries and to new markets and to the forming of sustainable partnerships and promoting lasting friendships.

The ambassador highlighted Bahrain’s pride in being a stable country and its confidence in its capabilities to communicate with the world.

“Like you here in the US... we are proud of our identity. We are open and honest and we work hard,” he said.

The ambassador said that the time is particularly appropriate to join the American Bahrain Friendship Society (ABFSDC) that will turn 30 this year, appreciating the great efforts made during the past three decades.

"We will celebrate this throughout 2020 with remarkable events," he said.

Shaikh Abdullah said that Bahrain is one of the first countries to host F1 races in the region, adding that on March 22, ABFSDC will host a ceremony at the embassy to watch the 2020 race hosted by Bahrain.

Rotary International is a voluntary international service organisation, founded in Chicago more than 100 years ago, and Rotary Clubs are open to all races and cultures and without discrimination or prejudice.