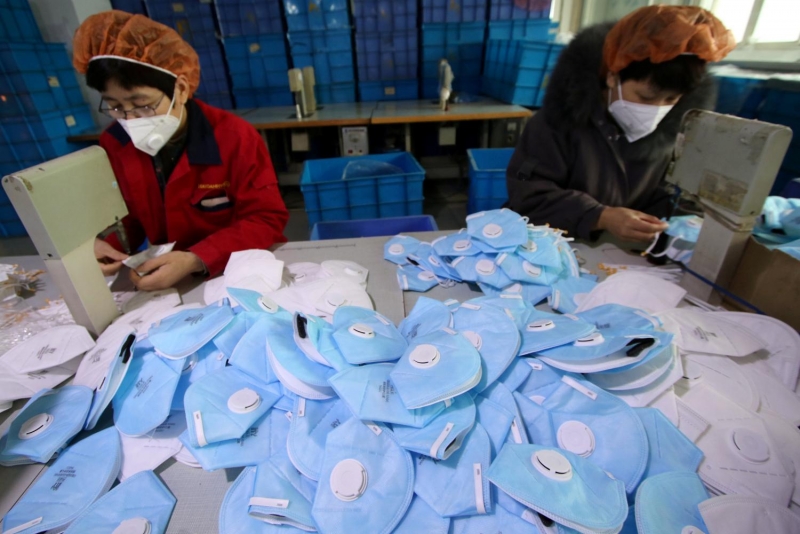 Bahraini Ambassador to the People’s Republic of China, Dr Anwar Alabdulla, delivered a batch of protective face masks provided by the Ministry of Foreign Affairs of the Kingdom of Bahrain to the Ministry of Foreign Affairs of the People’s Republic of China due to the outbreak of the new Coronavirus in a number of Chinese cities, which led to a high number of infections and deaths and an increase in the needs of individuals for protective masks and other requirements for protection and personal hygiene.

Officials from the Ministries of Foreign Affairs and Trade of the People’s Republic of China and the Chinese Red Cross expressed their great gratitude and sincere thanks to the Kingdom of Bahrain for its support to China is confronting this virus and the whole nation is combatting in all available ways and means with the assistance of all friendly countries in the world, Dr Anwar said. They also appreciated the Kingdom of Bahrain’s support for the People’s Republic of China in its current severe predicament, stressing that this reflects the depth of friendship and co-operation between the two friendly countries.

They expressed their thanks to the Embassy of the Kingdom of Bahrain in Beijing for its great and continuous efforts to enhance relations between the two countries and raise them to wider levels in various fields. Face masks were out of stock at many pharma stores across the Kingdom as people began buying them in large numbers over coronavirus fear. The shortage is attributed to declining supply and increasing demand in the Kingdom. Speaking to Tribune, a pharma store manager, who doesn’t want to be named, said: “We have a huge shortage of face masks as we sold out our stocks in the last two days. “Though no cases are reported in the Kingdom, people here are taking special caution and a good number of them are wearing face masks, which is one of the ways to prevent being infected.” He said masks were being imported from China and the supplies have declined owing to huge demand in that country.

“If you see, the Chinese authorities have asked everyone at risk to wear face masks. The demand is vast as China is the largest populated country in the world,” he added. However, on the contrary, there were also many reports on media, which states there are not enough evidences to suggest that wearing a face mask has any benefit for the general public. Meanwhile, Chinese authorities have stressed differentiated measures for different regions to fight the novel coronavirus outbreak at a high-level meeting chaired by Premier Li Keqiang. The leading group of the Communist Party of China (CPC) Central Committee on the prevention and control of the novel coronavirus outbreak also demanded efforts to improve patient treatment and expedite research on drugs.

Epidemic prevention and control in Hubei Province, particularly in the capital city of Wuhan, remain the top priority, said the leading group headed by Li, who is also a member of the Standing Committee of the Political Bureau of the CPC Central Committee. While ordering Wuhan to speed up hospital admission and suspected case quarantine, the leading group instructed hardhit cities in Hubei such as Xiaogan and Huanggang to carry out equally strict measures as in Wuhan in surveillance, quarantine and treatment. The demand for more medics in Hubei and Wuhan should be fulfilled, and the departure channels of the city and the province need further control, according to the meeting. Multiple steps such as spacing out return trips have prevented large-scale flows of people after the Spring Festival, said the meeting. Each province is responsible for formulating differentiated epidemic prevention and control strategies based on their own conditions, according to the meeting. No one-size-fits-all approach should be taken and unfair and extreme practices must be corrected without delay, said the meeting. Effective drugs and treatment are the key to contain the epidemic, the meeting noted, stressing more studies on the nearly 6,000 cured cases to improve treating plans. The meeting also highlighted the importance of speeding up the clinical trial of drugs. Wang Huning, a member of the Standing Committee of the Political Bureau of the CPC Central Committee and deputy head of the leading group, attended the meeting.