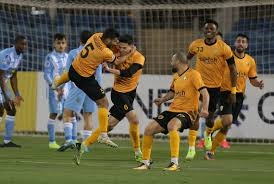 Bahrain’s Riffa suffered a tough 1-2 loss to Qadsia SC of Kuwait while Manama played to a goalless draw against Al Jaish of Syria in their opening matches of the AFC Cup 2020 football tournament. Competing in Group C, Riffa conceded a goal on each side of half-time before scoring a lone consolation in the final 10 minutes of their disheartening home loss to the Kuwaitis last night.

Manama, on the other hand, were playing on neutral soil in Sharjah where neither team could find a winner, resulting in a tightly contested stalemate on Sunday. Qadsia’s Sultan Al Enezi and Saif Al Hashan were the scorers for their team. Al Enezi opened their account in the 25th minute with a header, while Al Hashan fired in a penalty in the 71st minute.

Riffa’s goal was supplied by star midfielder Mohammed Marhoon. His 81st minute strike was deflected and it eventually sailed into the net past opposing goalkeeper Khaled Al Rashidi. Earlier in the second half, with Qadsia leading by just a goal, Riffa’s Komail Al Aswad missed a spot kick which would have equalised the proceedings.

Riffa are in Group C of the AFC Cup 2020 along with Qadsia, Al Jazeera of Jordan and Dhofar Club of Oman. Their next game is on February 25 against Jazeera in Amman. In Group A, Manama are with defending champions Al Ahed FC of Lebanon, Hilal Alquds Club of Palestine and Jaish. Their ensuing fixture is on February 24 against Ahed. It will be played on home turf at the Khalifa Sports City stadium in Isa Town.