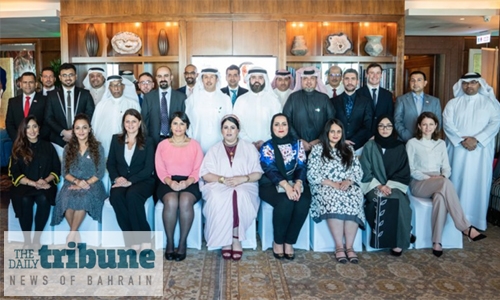 Bahrain Mumtalakat Holding Company (Mumtalakat), the sovereign wealth fund of Bahrain, yesterday recognised the outstanding contributions of 27 employees from across its group of companies at a special awards ceremony at the Capital Club.

Winners are nominated by companies based on the evaluation of their performance against five categories, namely personal initiative and achievement; professional creativity and innovation; knowledge management and lifelong learning; management and leadership; and impactful collaboration and teamwork.

To date, 76 employees from the group have been honoured by the Mumtalakat. Commenting, Khalid Al Rumaihi, CEO of Mumtalakat, told the winners that the company is proud to have them as part of the Mumtalakat family.

“When you have passion, you have the drive, and you can contribute to the growth stories of your companies, your industries and in turn, the global economy,” he said.