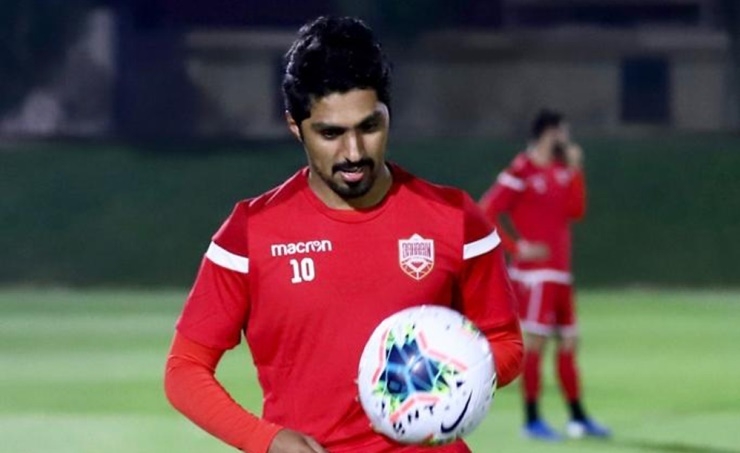 Amid jubilations and congratulations in Bahrain after the football national team beat all odd and reached the final of the Gulf Cup, one player has been praised for delaying his honeymoon.

Abdulwahab Al Malood has just got married and he and his wife were planning to jet off for a honeymoon at the start of their new life.

However, following the decision of Bahrain to take part in the Gulf Cup in Qatar, the couple delayed their trip abroad so he can contribute to the success of the national team and hopefully win the much-coveted trophy.

Bahrainis have appreciated Abdulwahab for making himself available to the squad and demonstrating ahigh level of patriotism and a deep sense of commitment.

“It is a great honour for me to represent my country and to play for the national team,”

“Postponing the honeymoon despite its significance to both of us is the least I can do for my country.”

Earlier this year, a Bahraini player was with the national handball team in Qatar when he got news that his father had passed away.

However, Mahdi Saad opted not to return home and preferred to stay with his teammates to play the final that Bahrain won.

“Sometimes, we are faced with difficult choices, especially when they include deep emotions,” Mohammed Basri, a social media figure, said. “The sense of patriotism and the desire to accomplish a new achievement for the country and bring smiles to thousands of people are stronger than your own feelings. We salute such players for their dedication and devotion to the national team.”