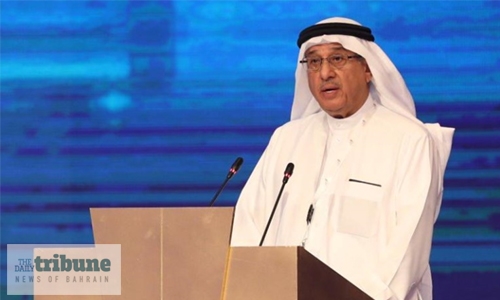 The Saudi Media Forum opened yesterday in Riyadh under the theme “Media Industry: Opportunities and Challenges”. Addressing the two-day event, His Majesty the King’s Advisor for Media Affairs Nabeel Al Hamer, warned against the declining confidence in writers, journalists, press and media institutions, which would impact their financial revenues.

“The success of media institutions stems directly from trust, credibility and professionalism and the level of institutional organisation and professionalism of those in charge,” he said. He highlighted the current difficulties and challenges facing the media industry and the press, citing particularly the emergence of new technologies, artificial intelligence and financial and human resources to sustain the media and press industry.

He stressed the need for the media and press to keep abreast of modern technological shifts to survive and preserve their vital role as channels of communication in fast-changing world. The current regional and global economic volatile situation, he said, took a heavy toll on the media and press sectors amid declining financial resources, which pushed press and media institutions to make drastic cuts.

He underlined current threats confronting countries in the region, citing mainly the scourges of terrorism, sectarianism, tribalism, political Islam and external flagrant interference, in addition to rampant corruption and financial challenges, amid looming global economic recession. He stressed the necessity for the Gulf Cooperation Council (GCC) member states to step up co-operation and deepen the Arabian Gulf citizenship.

He saluted the media and the press which are striving to withstand challenges and risks and pursue their mission despite lack of resources and dented capabilities.

BAE winners to be named today

GFH sets aside $200m to tap into private education sector