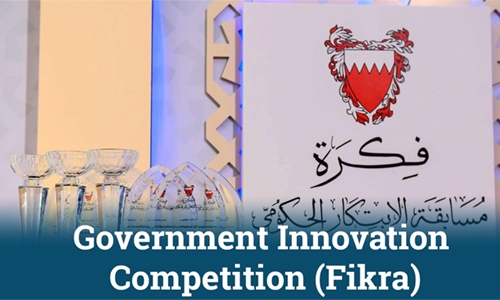 The second edition of the Government Innovation Competition (Fikra) has stopped accepting applications for this year’s intake, said the Office of the First Deputy Prime Minister (OFDPM). The application process was open from October 6 to November 6 through the OFDPM’s website.

Applications were allowed either as individuals or as a team of up to four individuals. The evaluation process begins in December this year, where the selected candidates will receive training to develop pitching and presentation skills. Fikra was launched during the Government Forum 2019 by His Royal Highness Prince Salman bin Hamad Al Khalifa, the Crown Prince, Deputy Supreme Commander, and First Deputy Prime Minister.

The competition aims to boost creativity and innovation among government employees and provide them with the opportunity to compete in making effective proposals to develop government performance.