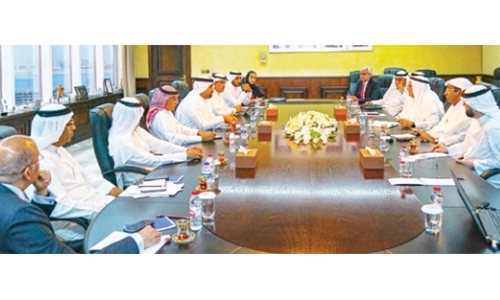 Following the directives issued by His Roya l Highness Prince Salman bin Hamad Al Khalifa, Crown Prince, Deputy Supreme Commander, and First Deputy Prime Minister, during the 2019 Government Forum, the Minister of Finance and National Economy yesterday met a number of executives from relevant authorities regarding the establishment of a BD100 million liquidity fund to support the private sector.

During the meeting, the Minister of Finance and National Economy and the attendees reviewed and discussed procedural aspects of launching the liquidity fund, in coordination with the relevant authorities. As outlined by HRH the Crown Prince during the 2019 Government Forum, the fund will be established to support various economic sectors within the Kingdom and ensure targeted objectives are achieved.