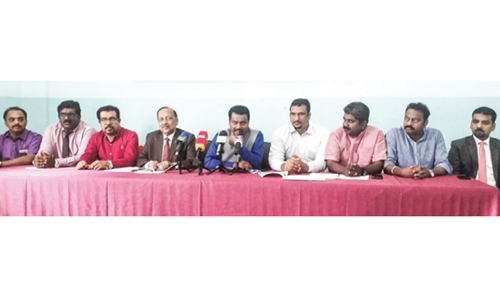 The Bahrain Keraleeya Samajam has lined up grand events named ‘Shravanam 2019’, marking the Onam festival. On October 4, the grand Onam feast will be served under the supervision of renowned chef, Pazhayidam Mohanan Namboothiri. The official inauguration of ‘Sravanam 2019’ will take place on September 19, 2019 at 7.30 pm. Kerala legislative assembly speaker,  P Sreeramakrishnan will be the chief guest and former education minister of Kerala, M A Baby will be the guest of honour.

Prominent leaders, Alphonse Kannanthanam (former Indian Minister) and K C Joseph (former minister, Kerala State) will join the celebrations and cultural programmes on various days. Cultural programmes related to ‘Shravanam 2019’ will come to an end on 27 September, where Ramesh Chennithala (Opposition leader, Kerala Legislative Assembly) will be the chief guest. South Indian nightingale, K S Chitra’s concert will be the main attraction of the day. A chain of cultural programmes has also been arranged to entertain the public during these days of celebration.