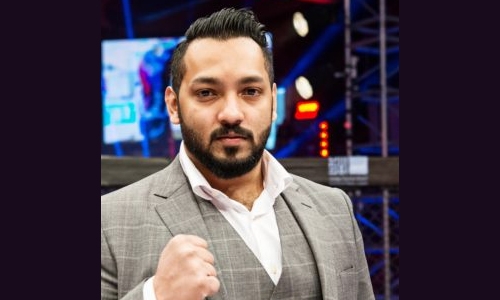 Amidst Brave Combat Federation high-profile show in London fast-approaching, BRAVE CF President Mohammed Shahid has pointed out that the event will showcase the sport in a different light, and to a new audience, and that this strategy will empower mixed martial arts in Europe and in the world, changing it for the better.

“When we go to London, we’re going to showcase an event capable of connecting people, and we will make sure mixed martial arts is never looked at the same. We want to change perceptions about the sport, we want everyone to see MMA as something that can bring people together.

“Mixed martial arts is not only a great and exciting sport, not only the most global sport out there, not only the fastest-growing, but it is also a sport that has equal power, that can bring government, business, advertisers and revenue-generating industries under one roof, into one sport,” commented Shahid.

Recently, the Sports Ministry of France announced MMA would become legal in the country starting January 1st, 2020. The news has come at a great time for BRAVE CF, and the promotion has its eyes set on going to a host of different countries, including France, in the next years.